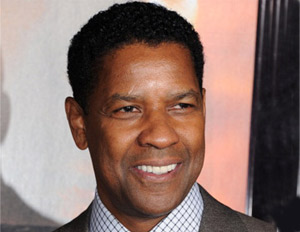 As another graduation season comes to a close, thousands of the nation’s bright young graduates have already forgotten what was said and, in some cases, who even spoke.

Who can blame them? Afterall, how many ways are there to say, “Go forth and prosper! Be the change you want to see in the world!â€ It’s a dilemma faced by even the most accomplished and experienced speakers and many admit to caving under the pressure.

But a few stand out each year as particularly funny, candid, inspirational or–if students are really lucky–all of the above. For the most part, this year’s class of speakers didn’t disappoint.

Spelman College‘s Class of 2011 is never going to forget the moment First Lady Michelle Obama stepped up to the podium–especially after they waited four years to snag her. And high school graduation will be tough to top for the students of Memphis’ Booker T. Washington High, many of whom were overcome by emotion when President Obama appeared to congratulate them on winning the nation’s Race to the Top competition.

Writer Toni Morrison, who was reportedly paid a highly controversial $30,000 to address Rutgers graduates, compared crafting a great novel to creating a worthwhile life. According to most bloggers in attendance, her speech was worth every penny.

But in the unexpected gems category, the clear winner is Denzel Washington, who, after being awarded an honorary doctorate, delivered the speech of the day at his son Malcolm’s school, the University of Pennsylvania.

Stepping up to the microphone to face UPenn’s 5,000 graduates and their guests, Washington was clearly nervous. He admitted as much, as he pulled his speech from between the pages of a magazine and reshuffled its pages. Then, he put on his glasses, took a deep breath, and began.

The star of stage and screen rambled a bit and faltered at times, confessing his discomfort with speaking live in front of thousands in Philly versus appearing on film before millions worldwide. But he soon won the hearts of his audience by making insider jokes as a UPenn parent and being bracingly candid about his own failings as a college student, and as a young actor feeling his way toward success.

Washington reflected on how he started out pre-med at Fordham University, but switched to pre-law and then journalism before, barely passing, he was “asked to take some time offâ€ to consider his future. “I had a 1.8 GPA one semester,â€ he admitted to the Class of 2011. “I was 20 years old and at my lowest point.â€

Washington also recalled on working in his mother’s Mt. Vernon beauty shop for a few months before returning to Fordham, where he finally claimed his calling to the theater and changed his major for the last time. He insisted that the great lessons of his winding academic road–to identify your particular gifts and to persevere in honing them no matter what–were never lost on him.

Sharing a story about how Thomas Edison persevered through 1,000 failed inventions before nailing the light bulb, the Oscar and Tony award winner implored students to take risks and embrace failure, continually and without shame.

“You will fail,â€ he said. “Accept it. You will lose. You will embarrass yourself. You will suck at something. I should know. In the acting business, you fail all the time. If you don’t fail, you’re not even trying. So you got to get out there and give it your all.â€

Taking risks, he said, is about being open to life, to people, to foreign ideas and new frontiers. He insisted that while that might be frightening at first, “it will also be rewarding. Because the chances you take, the people you meet, the people you love, and the faith that you have, that’s what’s going to define you.â€

In the end, he charged the Class of 2011 with a universally inspiring mission: “Never be discouraged. Never hold back. Give it everything you’ve got. And when you fall, fall forward.â€ The crowd was on its feet before his final words were out of his mouth. A decade earlier, Washington received a standing ovation when he became only the second black male to win an Academy Award in the Best Actor category. I’m guessing this moment was just as meaningful.

SURVEY: Is It Wrong to Break the Law for a Better Education?