Will And Jada Cleared By Child Protective Services - Black Enterprise 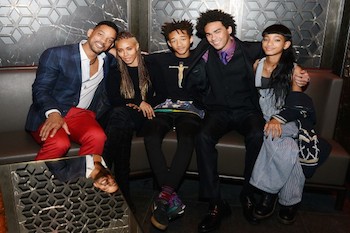 After racy photos of both Jaden and Willow Smith hit the Web, concerned fans and Child Protective Services launched respective investigations into the Smith family.

The Los Angeles County Department of Children and Family Services concluded that Will Smith and his wife Jada Pinkett Smith are “cleared” from any negligence stemming from the controversial photos.

DCFS officials found absolutely no evidence that Willow had ever been in danger when she was photographed in bed with 20-year-old Moises Arias. While Jaden’s photograph wasn’t included in the investigation, DCFS reported there would be no actions taken against parents Smith or Pinkett Smith. Both parents were advised to keep a closer watch on their children’s social media accounts in the future.

Neither parent has still commented on the DCFS, however, Pinkett Smith initially brushed off any notion of controversy after she told a TMZ cameraman, “There was nothing sexual about that picture or that situation. You guys are projecting your trash onto it and you’re acting like covert pedophiles, and that’s not cool.”

What do you think about this whole situation? Please leave your thoughts in the comments section below.

Universal Pictures Announces The ‘Get On Up’ Tour