Here's Why Your Wi-Fi Router is a Snitch 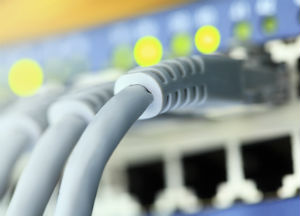 The Atlantic posted an interesting and somewhat disturbing article on the use of Wi-Fi routers for monitoring people.

Scientists are researching ways routers can identify humans by body shape or by movement. Essentially, a router would be able to tell if you are home or not; which part of your body is moving; and even more information about you.

“In this paper, we propose a novel approach for human identification, which leverages WIFI signals to enable non-intrusive human identification in domestic environments. It is based on the observation that each person has specific influence patterns to the surrounding WIFI signal while moving indoors, regarding their body shape characteristics and motion patterns,â€ the Chinese computer scientists wrote as part of their study.

Wi-Fi identification could have a variety of applications. These scientists have proposed it for smart home technology. If a router can detect that a person has entered a room, it can communicate with a sensor to turn that room’s lights on, for example.

The Atlantic cites another similar research effort by MIT scientists. They discovered that a router could detect how many people are in a room and also could pick up on gestures.

This technology has potential for health monitoring, such as being able to predict when an elderly person was about to fall.

While identification is an exciting prospect for Wi-Fi routers, the security issues such capability may introduce is just added worry for users of these already fairly easy-to-compromise devices.

Although personal data is not stored on routers, these do provide a gateway between the internet and a home or business network where data is stored.

Just three years ago, security researchers discovered that many of the popular home Wi-Fi routers, are easy to hack by those with even moderate hacking skills.

Top 10 Interview Questions You Must Be Prepared to Answer