Why the Neediest Students Don't Get Financial Aid 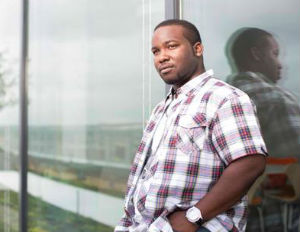 When Mitchell GeneretteÂ filed the FAFSA as part of his application to the University of Baltimore, he thought he had completed it successfully. Now aÂ 24-year-old rising sophomore at UB, Generette had previously been a student at St. Mary’s College, but left after two years without attaining a degree. “I ended up owing St. Mary’s $14,000,â€ he says. His financial aid package had included loans, but despite receiving loan counseling, he didn’t fully grasp that there could be dire consequences if he didn’t attend to his loan debt. “I didn’t know much about it. I saw the mail but didn’t open it. I had a son and knew I didn’t have the money, so I just didn’t deal with it.â€

[Related: 10 Online Resources to Help You Help Your Child]

Unfortunately, Generette’s loan had gone into default, delaying the processing of his FAFSA at UB. As a member of the inaugural cohort at BridgeEdU (see “A New Class of Freshmen,â€ BE Smart, April 2015), Generette worked closely with Financial Aid Adviser Ellen Frishberg who, along with other advisers, supports BridgeEdU students in their FAFSA process from application through disbursement. She says it isn’t unusual for students who have received loan counseling to still not fully appreciate what they’re told. “The implications of ‘If you don’t pay for this, you’ll never get financial aid again and you won’t ever go back to school’–I don’t think that’s clear to students,â€ Frishberg says. “We were able to resolve Mitchell’s default without payment, just by knowing the rules, which is something most students wouldn’t know how to do,â€ Frishberg says.

But that was not the end of Generette’s FAFSA problems. It was only the beginning.

The fundamental goal of student aid is to help more students attend college and graduate from college. Yet, low income students who need aid the most are often stymied by the FAFSA. According to Mark Kantrowitz of Edvisors.com; a site that provides information about paying for college, and author of Filing the FAFSA (Edvisors Network; $9.95), about 2Â million students do not file the Free Application for Federal Student Aid every year. In 2011—2012, the most recent year for which data is available, many of them would have qualified for federal Pell grants, money that does not have to be paid back, totaling as much as $9.5 billion (nearly $5,000 each) if they had filed. In other words, the neediest students are not filing the FAFSA and are not getting the aid they’re eligible for.

Filing the FAFSA is not complicated if English is your first language, you live a fairly stable life, and you have a responsible parent who can help you or, better yet, do it for you. Also, the Obama administration has made changes to the FAFSA that has made filing it easier and faster. It now takes only about 30 minutes to complete instead of an hour or more. As a result, FAFSA filings have gone up nearly 30% since President Obama took office: 21.2 million students successfully filed the FAFSA in 2013—2014 versus 16.4 million students in 2008—2009.Â However, if you’re among the neediest students, it could literally take the entire school year for your funding to come through.