Why Michael Jackson ONE is a Must-See in Las Vegas 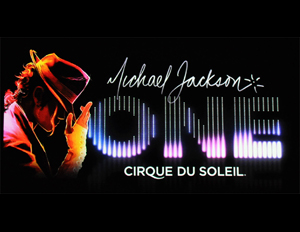 It’s an understatement to say the superstar dominated not just black culture, but pop culture for much of the ’80s and ’90s. And because of this impact, Michael Jackson will forever live in on for future generations. His legacy will live on most especially in the spirit of those talented performers, musicians, and artists who continue to reinvent, reinvigorate, and re-imagine Michael’s legendary music. MJ lovers can get a taste at one of the amazing performances offered in Las Vegas at the Mandalay Bay with Michael Jackson ONE by Cirque du Soleil.

The show, in a word, is riveting. Fans ages five to 50-plus are treated to a visual feast of intricate costumes, transformative stage production, and, of course, decades worth of iconic dance sequences helmed by the “King of Popâ€ himself. Featuring an electrifying fusion of acrobatics, dance, and visuals that reflects the dynamic discipine and talent of MJ, ONE immerses the audience into the world of not just Michael’s music, but his life that was exposed through his lyrics.

And if you are familiar with Michael at all, you know this was loosely structured around fantasy, imagination, and the spirit of youthfulness. The show’s narrative is built around four main characters on a journey to Neverland, which is also the name of MJ’s previous home. Along the way, they find Jackson’s iconic penny loafers and socks, his sparkly glove, his fedora, and his sunglasses, while also growing up and finding peace. This story line leads into the performances that we can expect throughout the show.

Driven by his biggest hits heard like never before in a riveting, state-of-the-art surround-sound environment,Â ONE takes the audience through a seamless visual and musical montage, at the heart of a world that is in turn majestic, playful, magical, and heartwarming. In Michael Jackson ONE, Michael’s spirit is channeled through the vibrant energy of the cast of 63 dancers and performers, underscored by aerial performance, driving acrobatics, and vivid choreographies that use the urban/hip-hop idiom as a springboard for exploration. ONE is a heartfelt tribute to the work, innovative spirit, and legacy of Michael Jackson –Â the King of Pop, the genius, the visionary, the ONE.

“Michael Jackson ONE” is often confused with “Michael Jackson: The Immortal World Tour,” a separate, arena-based Cirque show also based on the life and works of Jackson and that played in arenas around the world. Despite any similarities in name, they couldn’t be any different. For instance, “ONE” is also unlike any other sonic experience you’ve ever encountered. There are 5,800 speakers installed in the theater, including at least three in every seat, creating an experience that certainly can’t be re-created in arenas, except for that of its home at the Mandalay Bay.

Though there are hundreds of shows and performances in Las Vegas, you will not be disappointed in this one-of-a-kind experience, which will connect you with arguably the greatest performer of all time. Michael Jackson ONE is stellar, and you don’t want to miss it!