Why Designers are Down on Michelle Obama - Black Enterprise 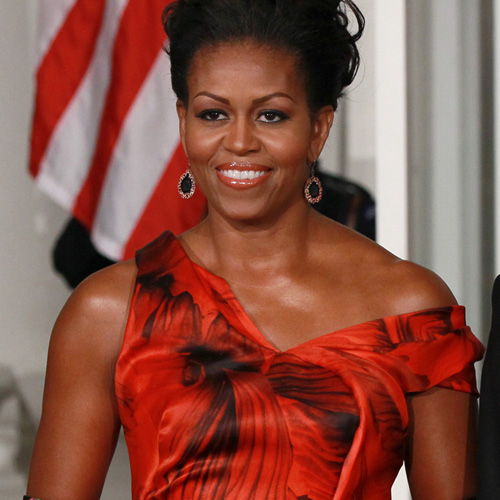 I was both pleased and perturbed by the “On the Runwayâ€ story in the Sunday New York Times Style section on January 30th. Titled “First in Fashion Only?â€Â the articleÂ reported on how the fashion publication Women’s Wear Daily, designer Oscar de la Renta and the Council of Fashion Designers of America are “trying to shame Mrs. Obama for her sin of wearing fashion by a non-American designer.â€ The fuss is over the red Alexander McQueen gown worn by Mrs. Obama to the state dinner for China in January.

The article also pointed out that, with the exception of de la Renta, many members of the CFDA, “including its president, Diane Von Furstenberg, manufacture a significant portion of their clothes outside the United States, mainly Asia.â€ Based on that fact, it may be safe to conclude that the issue is not whether Mrs. Obama is wearing American designers, it’s that she’s not wearing their designs. But others in the fashion industry have lauded the First Lady’s support of lesser known designers, which interestingly enough includes Moises de la Renta—Oscar’s son. Not that this means criticism of First Lady’s wardrobe will stop.

While I appreciated the article pointing out the hypocrisy in the fashion establishment’s argument, what concerned me was the author’s declaration: “Here’s my problem with Mrs. Obama: I want her to be known for something other than fashion.â€ And although Cathy Horyn recognizes that the First Lady supports notable American causes, she suggests that only Mrs. Obama can change the perception of her focus and interests.

The truth of the matter is that American first ladies are often judged—celebrated or ridiculed—on their style and their looks. Barbara Bush was often taunted for her matronly appearance and Hillary Clinton was teased about her pants suits. Jacqueline Kennedy, who went a little further than Mrs. Obama in creating her style statement by sketching many of her own designs, is still revered for her fashion sense. Is it fair to suggest that celebrating her as a fashion icon diminished her civic accomplishments, such as the founding of the White House Historical Association? Should we blame her for not redirecting our fashion focus?

Stories of the fascination with First Ladies and fashion date back to Dolly Madison and Mary Lincoln. Edith Wilson, wife of Woodrow reportedly spent considerable time focused on style and felt that a fashionable representation of her position actually elevated how Americans were viewed on the world stage. And now it seems Mrs. Obama inspires the same sentiment.

It’s a shame that a woman’s looks continue to be a barometer for how we feel about her value. The pressure of society on women to look a certain way even burdened Eleanor Roosevelt, one of our most admired first ladies who often lamented that she was not beautiful. The fact that Mrs. Obama makes no apologies for her wardrobe is part of what makes her superior in her position. The First Lady has partnered with some of the biggest and most well-known entities to gain momentum and traction on causes like Let’s Move, focused on childhood obesity and her efforts to support military families. In a recent interview to talk about these programs, she was also asked about the red dress. “Look, women, wear what you love. It’s nice to have on a nice suit, but it’s a lot nicer to change a generation in terms of their health,â€ she said redirecting the conversation to her initiatives.

I think our First Lady is focused on the important work, Ms. Horyn. She just happens to look fabulous while she’s doing it. 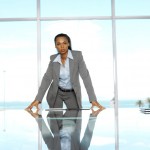