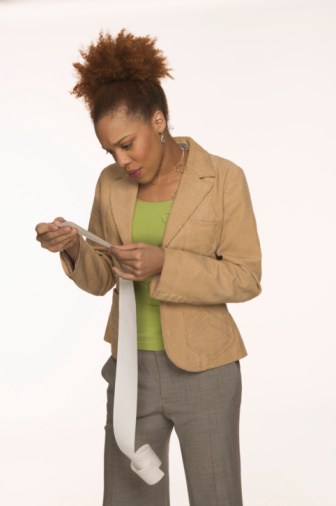 President Obama delivered his 2012 budget proposal to Congress this week, citing it will reduce the deficit by $1.1 trillion over the next decade. Two-thirds would come from reducing spending and one-third from increased revenues by not extending 2001 and 2003 tax cuts for the wealthy. The White House argues that the president’s blueprint offers “a common sense approach” that will continue to spur economic recovery and restore fiscal health. Lawmakers on both sides of the aisle are dissatisfied with the plan but for very different reasons.

Many Democrats maintain that the proposed cuts target programs for the most vulnerable Americans while Republicans counter that cutbacks aren’t deep enough. House Speaker John Boehner says Obama’s budget includes too much spending, borrowing and taxation and will result in discouraging job creation. Both sides, however, are dancing around the biggest national debt drivers–Medicare, Medicaid and Social Security. House Budget Committee Chairman Paul Ryan (R-Wisconsin) claims those big-ticket entitlement programs will be addressed in the GOP’s budget to be unveiled in April.

Obama’s proposed budgetÂ cuts include $100 billion from the Pell Grant program; $78 billion from defense expenditures; and $2.5 billion in energy assistance for the poor. It also calls for a $300 billion reduction of Community Development Block Grants for already cash-strapped municipalities. The plan would raise revenue by increasing the tax rate for married couples earning more than $250,000 per year and ending corporate tax breaks for oil, gas and coal companies.

Most deficit reduction recommendations from both the administration and Congress focus on non-security discretionary spending representing a small portion of the budget and will hurt large numbers of African Americans, maintains Margaret Simms, director of the Low Income Working Families project for The Urban Institute, a nonpartisan research group. She does believe, however, that Obama has tried to make strategic choices to revamp programs and make investments in education, infrastructure and clean energy.

“There will very likely be a negative effect on African Americans when the budget process is complete because reducing or restructuring some of these programs puts African Americans more at risk,â€ Simms said. “They’ve always been behind the curve in economic recovery and therefore some of the programs that are geared to helping those less fortunate are likely to be cut sooner than they should be as far as this population is concerned.â€

When Obama and Republicans negotiated middle class tax cuts last year, Rep. Elijah Cummings (D-Maryland) predicted that the legislation would come back to haunt the president. Cummings asserts the compromise forced him to slash programs designed for the neediest Americans while the GOP points to his policies as evidence he’s a big spender. He further states that Republicans continue to acknowledge their contribution to the mammoth federal budget deficit.

“Now, what they’re also saying is that when they do their budget calculations, they’re going to continue that tax while Obama’s takes it away,â€ Cummings says. “Does it have a tremendous impact on African Americans? You betcha.â€

Rep. Bobby Scott (D-Virginia) agrees. “When the bill passed, members of the [Congressional Black Caucus] asked how they would be paid for. Virtually everyone was focused on what they were going to get out of the bill without focusing on how you’re going to be paying for it,â€ he says. “Well now we’re seeing it. You’re going to be cutting community action agencies, Head Start, energy assistance for low-income seniors, education programs, safety-net programs, and investments in our future because of this monstrous tax cut bill that we passed last year.â€

CBC chairman Emanuel Cleaver (D-Missouri) maintains that “Senator Obama would never approve President Obama’s budget proposal” and would openly criticize it. “So, we have an obligation to do that, to oppose things that we think will negatively impact our constituents,â€ says Cleaver. “While there’s a great deal of talk about proportional cuts, it feels like the poor are taking a much heavier hit than the middle and upper classes.â€

Despite his objections, Cleaver believes that the economic conditions the president inherited placed him in politically dicey situation. “He’s also engaged in a chess game with the Republicans. What we’re seeking now is, ‘I’ve made my move and now I’m waiting on yours,’ â€ he adds. “I’m not sure the president’s heart is really in some of the cuts.â€

That may be true but Robert Smith, a political scientist at San Francisco State University, says Obama’s mind is on the 2012 campaign.”It’s all about next year’s election and I think his budget, State of the Union speech and virtually everything he does in domestic policy from now on is about positioning himself for the election,â€ Smith asserts. “He can argue that he made the responsible, tough cuts and the Republicans are being irresponsible by trying to go further.â€

Criticisms from the left and the right work to Obama’s advantage because it places him in the center, making him more appealing to independent voters that abandoned Democrats during last year’s mid-term elections. Smith says black lawmakers on Capitol Hill understand the political dynamics and realize their criticisms won’t hurt the president politically.

“They’re obligated and can’t not criticize the cuts he’s proposing because they directly affect their constituents,â€ Smith says. “I think it’s a great game because they won’t hurt Obama among their and his constituents and in a way, it might help them. It’s win-win for both sides.â€

For more news and politics, be sure to read: 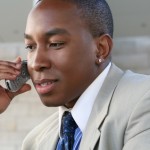 Ntozake Shange on Embracing YOUR Power