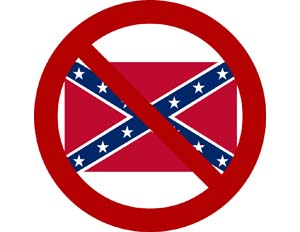 It was one of the most heinous acts of racial hatred in recent history. Nine worshippers engaged in Bible study at the historic Emanuel African Methodist Episcopal Church in Charleston, South Carolina, were viciously gunned down by a white supremacist intent on starting a race war. As we condemn this brutal mass murder and our hearts ache for the victims and their families, it has also forced us to focus on that historic emblem of hate: the Confederate flag.

The Southern Cross has served as a rallying point for white supremacist groups to perpetrate unspeakable racial violence for more than a century. It has been a guiding force for those like the shooting suspect, who proudly posed with the flag on his website. Just as disgraceful was the sight of that symbol of racism and treason being flown full flight after the shootings while the U.S. and South Carolina flags were respectfully positioned at half staff.

The deaths of the Charleston nine, along with such contempt for black life, have rightfully sparked renewed protests calling for the removal of the rebel flag–that perpetual stain on America’s character.

I must applaud the response from those corporations that put social responsibility ahead of the bottom line. Retailers such as Walmart, Sears, Target, and Amazon immediately pulled Confederate merchandise from shelves in the wake of the shootings. They demonstrated the courage and conscience to remove representations of racial intolerance painful to legions of stakeholders–employees, managers, corporate directors, suppliers, and, most especially, customers. I communicated with both Sears Chairman and CEO Eddie Lampert, a former classmate from Yale, and Walmart President and CEO Doug McMillon about their decisions. Each was unequivocal in stating that such bigotry had no place within their company nor would it define their corporate culture. In fact, the actions of these and other business leaders spurred once-apathetic politicians to denounce the flag and advocate for its removal.

These corporations have proven that doing well and doing the right thing is not mutually exclusive, and that business leadership can be pivotal in fostering political courage and societal change.

It’s not surprising, for instance, that Walmart is among those companies willing to make a conscious decision to adjust its business practices, if necessary, to address the concerns of its stakeholders. The fact that the diverse composition of its rank-and-file, leadership team, board of directors, and supplier pool reflects its customer base makes a statement about its values. 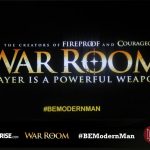