Why Branding is Blinding: What Bill Cosby Can Help Us Remember 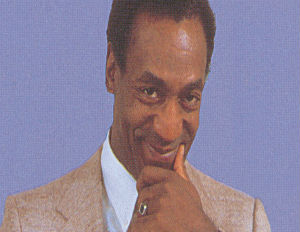 When I was a reporter for a major broadcast news organization in the late 1990’s I did a series of stories about the financial choices celebrities make. I remember how excited we all were when Bill Cosby was coming into the studio.

As expected, Mr. Cosby was charming and funny in the interview. We really hit it off.Â  When it was over, he asked that I escort him out of the building, and we joked as we rode down the elevator.

When I walked him to the door and it was time to say good-bye, he took my wrist and said, “You’re not going back to work, you’re coming to have breakfast with me at my place.â€Â  I laughed. He repeated it several times while he held onto my wrist. We were in a busy lobby, the interaction even caught the attention of the security guard. We all laughed it off and he left.

I didn’t ‘think’ much about this and assumed my gut feeling, which was telling me “that was offâ€ was mistaken. After, all this was Bill Cosby.

As I’ve watched and wondered like the rest of the world as his ‘truth’ has been revealed, I, and all of us have to ask why this man got the benefit of the doubt from so many, when we all know instinctively that where there is that much smoke, there must be fire – more than 25 women have alleged that Cosby assaulted them over the past 40 years.

I share this now because this is a ‘teachable’ moment in which we must evolve and stop allowing our human fascination with celebrity to make us forget our intelligence and instincts. We owe this to the victims in this case and to our children.

BlackEnterprise.com discussed this with Terrie Williams, award-winning mental health advocate, and author of Black Pain:Â  It Just Looks Like We’re Not Hurting.