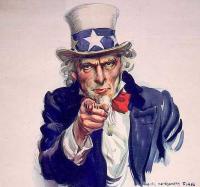 One of the arguments conservatives are leveling against President Barack Obama’s proposed Consumer Financial Protection Agency (CFPA) is that Americans need to be more self-reliant in guarding themselves against fraud. They also contend that consumers need to sharpen their own judgment on matters of savings and debt. This kind of by-the-bootstraps response to consumers who are knee-deep in debt and struggling to recover from financial crisis is nothing new from those who fear larger, more costly government programs. But almost every day, there’s new evidence that U.S. consumers need prodding to squarely face their finances. In the midst of a economic recession in part brought about by consumers who took on too much debt and saved too little, it’s easy to see why a government-backed financial literacy campaign is in the nation’s best interest. If that gentle nudge has to come from the big hand of Uncle Sam, so be it.

This morning, Ariel Investments and Hewitt Associates released a disheartening study of the savings and investing habits of African Americans, Hispanics, Asians and whites. As part of a broad survey of some three million workers whose employers offer retirement savings plans, researchers discovered that African Americans and Hispanics have lower participation rates and contribute less money to their 401(k) plans than their white and Asian counterparts. This was true across all age groups and income levels. “As a result,â€ the survey concluded, black and Latino “401(k) balances are negatively impacted and chances for a comfortable retirement are significantly compromised.â€

The Ariel/Hewitt study is telling. It shows that 66% of African Americans and 65% Hispanic workers participate in 401(k) plans, while 77% of whites and 76% of Asians join employee savings plans. At the same time, blacks devote 6% of their income to retirement savings and Hispanics contribute 6.3%, compared to whites who save 7.9%, and Asians who squirrel away 9.4% of their incomes. The upshot? African Americans and Hispanics–regardless of income–have smaller investment account balances (even when adjusting for differences in investment strategies, etc.) than white and Asian peers. One stark example: blacks who earn $120,000 or more per year have saved an average of $154,902 in their 401(k) accounts, while whites drawing salaries in the same range saved $223,408.

Hidden among all the startling racial disparities in these numbers, is another lamentable fact. Vast pockets of American workers of all races fail to take part in retirement savings plans. What does all of this have to do with the White House’s proposed plans for a new federal agency? As outlined in the draft proposal last month, the administration sees the CFPA taking a leading role in educating consumers about finance–in the same way the Food and Drug Administration promotes healthy eating habits with public service campaigns. Of course, the agency’s main role would be to enforce consumer fraud protection laws. But it will also promote saving and investing. The administration also wants the CFPA to require certain types of employers to offer an automatic enrollment plan for employee retirement savings–complete with investment choices that are approved by regulation. The plan, which is still being debated in Congress, also seeks to find ways to improve participation in 401(k) retirement plans. Who could argue against that?

Here’s a thought that might appeal to the opponents of CFPA plan: Elderly Americans who’ve saved and invested enough to live on in their old age are likely to be less of a burden on the nation’s Medicare and Social Security systems. So, what’s not to like?

Obama on the Record: Russia’s Economy