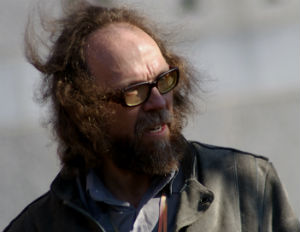 A community in North Dakota is rallying together to prevent one of their neighbors from creating a white supremacist society, according to TheGrio.

In Leith, North Dakota, Craig Cobb lives in a home without running water. He is soliciting online for other white supremacists to join him. Cobb has brought several pieces of property in his town in the hopes that others like him will come to live there.

Across a gravel intersection between two abandoned buildings, he envisions a park – perhaps with a swimming pool – dedicated to a neo-Nazi and white supremacist activist. He pictures the town decorated with fluttering flags and banners bearing the swastika – the symbol of Nazism.

The town which currently has only 16 residents has considered disbanding the government of Leith to make sure that Cobb’s plans do not succeed.