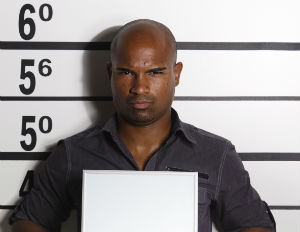 Sabra Williams has received international acclaim for her work as an actress on stage and screen, as well as for her experience working in prisons. Williams is an actress and the founder and director of The Actors’ Gang Prison Project. Williams is among individuals from across the country to be recognized as “White House Champions of Change for Expanding Fair Chance Opportunities.â€ These individuals were selected by the White House for their leadership and tireless work to remove barriers to a second chance for those with a criminal record.

Each year, more than 600,000 individuals are released from state and federal prisons, and approximately 70 million people, about one third of working age adults, have an arrest or conviction. Too often, these individuals leave prison with few resources, practical skills, or the support they need to successfully reintegrate into society, and they end up returning to prison. In November, President Obama traveled to Newark, New Jersey, to announce new actions to help formerly incarcerated Americans–who have paid their debt to society–successfully obtain a job, find a home, take care of family responsibilities, and enjoy a second chance. These actions are underlined by a simple belief: When Americans who have earned a second chance are able to put their lives back on track, our communities are safer and stronger for it.

The Champions of Change program was created as an opportunity for the White House to feature individuals doing extraordinary things to empower and inspire members of their communities. The event will be live streamed on the White House website at www.WhiteHouse.gov/live.

What’s more, the White House will recognize 10 individuals from across the country as “White House Champions of Change for Advancing Prevention, Treatment, and Recovery.â€ These individuals were selected by the White House for their leadership and tireless work to prevent prescription drug abuse and heroin use, improve access to treatment and support recovery.

Research shows that more Americans now die every year from drug overdoses than they do in motor vehicle crashes. The president has made clear that addressing the opioid overdose epidemic is a priority for his administration and has highlighted tools that are effective in reducing drug use and overdose, such as evidence-based prevention programs, prescription drug monitoring, prescription drug take-back events, medication-assisted treatment, and the overdose reversal drug Naloxone.