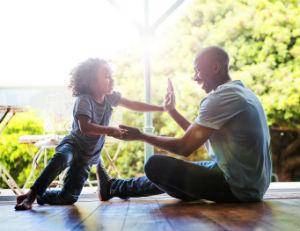 It’s completely sickening to wake up, grab your phone, scroll through ‘The Gram’ and see a new hash tag. Crust still in my eyes, I was wondering why I repeatedly saw the same picture of a black guy in a blue collar shirt, then I realized it was Alton Sterling— just like it was Eric Garner, Michael Brown Jr., Tamir Rice— and now it’s Philando Castile.

Scrolling through my timeline gave me this eerie feeling that it will soon hit closer to home. My high school boyfriend worked at a restaurant where he walked to and from work almost on a daily basis. He walked to and from his childhood friends houses in the neighborhood late night hours and never saw a problem, and in a perfect world there shouldn’t have been one.

I always told him I hated it because I thought it was unsafe and I thought “the people might get him.” He never saw a problem because he believed he wasn’t doing anything but walking. This belief is a clear indication of the innocence in his heart that provokes no ill intentions, and that’s the way I view my black men. To be honest, I see them as the creatures really put on this earth to serve and protect.

In a world, where black women fight for respect against racism and sexism, there’s nothing like the protection of a black man, the feeling of knowing your man got it and understands you is so soothing. When they walk in a room they effortlessly demand recognition. It’s comforting knowing that the strength and aggression is there if necessary; they can and will take control of a situation if need be, and this is where the intimidation occurs.

The same cops killing our men are entertained by them dribbling a basketball up and down the court, or them performing their favorite rap song on the MTV awards.Â  People lusted over Dwyane Wade’sÂ  ESPN cover, but that same stallion-like body that’s wrapped in melanin and drips delicious dark chocolate, is the same body that’s the most hated and feared in America.

See they don’t understand the love of a black man is one of a kind. To the world they’re viewed as monstrous, dangerous, invaluable, and violent creatures. But, put that boy on the phone with his momma, he is as soft as your grandma’s fresh baked corn bread! Let that man see his 4-year-old baby girl after a long day at work, he is as mushy as a sweet potato pie!

Black men are powerful and, seemingly, the only way for them to be taken down is to kill them or incarcerate them. Which puts black women in a sticky situation. Ever thought your ‘meant-to-be’ husband may have been wrongly convicted and sitting in prison? Because according to an Upshot analysis, for every 100 black women not in jail, there are only 83 black men. The remaining men — 1.5 million of them — are, in a sense, missing. Missing from everyday life, killed every day, wrongfully convicted every day, and missing from their families.

I will continue to love, appreciate, cater to, adore and understand my black kings. Because they might not be here tomorrow.

On the Seventh Day God Rested and Watched ‘Power’