Making A Stand Against Gun Violence 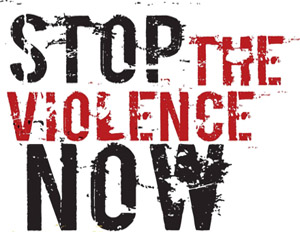 I believe in the Second Amendment. I pledged to defend it and the rest of the U.S. Constitution as a soldier and eventually a captain in the Army’s 19th Special Forces Group, the Green Berets. I carried a gun during a subsequent stint in law enforcement and remained a gun owner as a private citizen. I believe in the right to bear arms. I do not believe in arming citizens with the capacity to slaughter other human beings.

Some weapons are appropriate for sport; others, for personal protection. And–as was so horrifically demonstrated recently in Newtown, Connecticut, by the mass murder of 20 6- and 7-year-olds and the six adults who died trying to protect them–there are weapons, actually killing machines, designed for the quick and efficient massacre of human beings. You don’t need to have served in the military to know the difference.

There is simply no defensible reason for legal citizen ownership of weapons that fall into the last category, including semiautomatic assault rifles with 30- to 100-round magazines, unless the owner of the firearm is serving in the military or in law enforcement. We, as a nation, must demand real restrictions and regulation of access to guns and an absolute ban on high-powered assault weapons.

To call gun violence in America a plague is no exaggeration. More than 8,000 Americans die of gun violence every year–more than the number of casualties of the wars in Iraq and Afghanistan since 2001. This is simply unacceptable, whether the victims are 20 kindergarten students in suburban Connecticut or the more than 500 young people murdered by gun violence, much of it gang-related, last year in inner-city Chicago. In the weeks since the Newtown massacre, according to one source, more than 900 more Americans (and counting) have died from gun shots, more than the annual gun deaths in Canada, Japan, and the United Kingdom combined. Yet, the day after the killings in Newtown there were record numbers of applications for gun permits and sales of guns and ammunition.

The solution, according to the National Rifle Association: Arm even more people, while doing nothing to further restrict access to assault weapons, despite indisputable evidence of a direct correlation between easier access to guns and the number of gun-related deaths. This position is ignorant at best and shows a total lack of regard for American lives at worst. We already have more than 300 million firearms in the United States, almost enough to arm every man, woman, and child in America.

Meanwhile, our political representatives, who spinelessly allowed the previous ban on assault weapons to expire, have shown zero courage in addressing what is clearly a matter of national security for all American citizens, and continue to sacrifice public service on the altar of political self-preservation. President Barack Obama and Gov. Mitt Romney deliberately avoided the issue of gun violence during the entire 2012 election campaign cycle.Â  On this issue, both political parties have failed.

The status quo of being horrified by gun violence for a couple of weeks, then engaging in a few days of mourning and debate, only to go back to business as usual until the next slaughter at a school, mall, movie theater, or political rally is no longer tenable. It’s past time that we, the people, take our stand against the insanity of gun violence, once and for all.