What Will Be the Fate of Financially Shaky HBCUs? - Black Enterprise 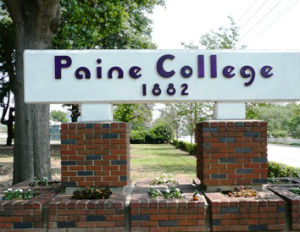 Because so many historically black colleges and universities, pay their bills through tuitions and fees and not through large endowments, several experts say that they face challenges to their long-term viability.

“So schools that have large endowments are able to offset the costs of operating through the money that they make off their endowments,” said Marybeth Gasman, who studies HBCUs at Penn, told NPR’s Tell Me More. “And the next thing I was going to say is that HBCUs tend to have smaller endowments so they have a smaller safety net and they have to rely more on tuition to cover their operating budget. So that makes things a little bit more difficult for them.”

Walter Kimbrough, the president of Dillard University in New Orleans, said that students their come from families that have an average annual income of $31,000. ” So you’re dealing with a lot of low income students,” he said. “So that adds to the stressors in terms of operating the institution.”

Gasman said that few HBCUs instill in their undergraduate students an ethic around philanthropic giving, which explains part of the gap. (She singled out Claflin University and Spelman College as two notable exceptions to this.)

Gasman said she sees several HBCUS that are in real danger of closing in the near future, and she said that innovative leadership and rethinking their core missions could help many right their ships. “There are some that I’m really worried about, though, but with the right leader I think they could turn themselves around,” Gasman said.

Listen to the full segment on NPR.

You’re My Monday and My Friday: How to Successfully Work with a Spouse

Will.i.am Launches App to Amp Up Your iPhone Camera