What Think Like A Man Success Means For Black Hollywood 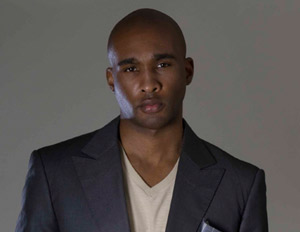 If the 1990’s were the golden age of Black Hollywood, with films like Eve’s Bayou, Boyz n The Hood and Love Jones, then the 2000’s are finally beginning to reap the benefits of that foundation. The recent domestic box office success of films like Jumping the Broom, which grossed six times its budget; Think Like a Man, which was No. 1 in the U.S. for two consecutive weeks; and virtually any Tyler Perry film demonstrate that Black films can be profitable. For producers such as former model turned independent Hollywood mogul, Datari Turner, such success only helps to further advance Black Hollywood.

Over the past several years, Turner has produced a diverse range of films including Dysfunctional Friends, Video Girl, and the all-White cast film starring Demi Moore, Another Happy Day. For Turner the doors being reopened by films like Think Like a Man, is the perfect opportunity to further diversify his portfolio with upcoming projects, including Neil LaBute’s Some Velvet Morning, starring Jeff Daniels, Kid Cannabis, starring Kellan Lutz and a tentative joint project with Sean “Diddy” Combs, Homecoming.

In between running around on set, Turner spoke with BlackEnterprise.com about why Black films fail overseas, his strategy to avoid being labeled solely a “Black producer, why he doesn’t want a studio deal like Tyler Perry, and what Think Like a Man‘s success means for Black Hollywood.

For many, Think Like a Man was a surprise success. What impact does that film’s box office draw have on the state of Black Hollywood?

I think it definitely helps Black Hollywood and Black films continue to get made. Now in Hollywood 70-80% of profits come from overseas. One thing Hollywood tells you is that Black films don’t translate well overseas. So when it can do that domestically it shows that we have an audience if the quality is there.

What challenges do you see limiting the success of Black films overseas, when Black culture is global and has a history of influencing people all over the world?

I think the reason why they haven’t started to be profitable overseas is because we don’t have anybody on the ground over there working those films to make sure they get into theaters and retail stores over there.Â  Black culture translates everywhere but for whatever reason they are not opening films [told from the African American perspective] in a lot of countries outside the U.S.

In regards to the international scene, oftentimes the topic of African cinema is overlooked when it comes to discussions of Black Hollywood.

Domestically, with Black films, I think we have a long way to go. Right now we need to continue to have openings like Think Like a Man and Jumping the Broom. In terms of separating African films vs. Black films, to me it’s all the same thing. I want to see more films with people of color being made period.

You just mentioned two romantic comedies with great success for Black Hollywood. Does that trend influence the type of films you support and produce since there is a proven market for it?

As an independent producer I can choose to tell the stories I am passionate about and get behind the kind of stories I want to make. I don’t want to be known as a Black producer, I want to be known as a producer that produces highbrow great movies. I’ve produced all kinds of films. I did one with an all-White cast called Another Happy Day, which won the Best Screenplay Award at Sundance and this year I produced LUV, which has Common, Danny Glover and Meagan Good. So to me I like to get behind great stories. 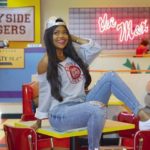