George Zimmerman Has Been Arrested & Charged. Now What? 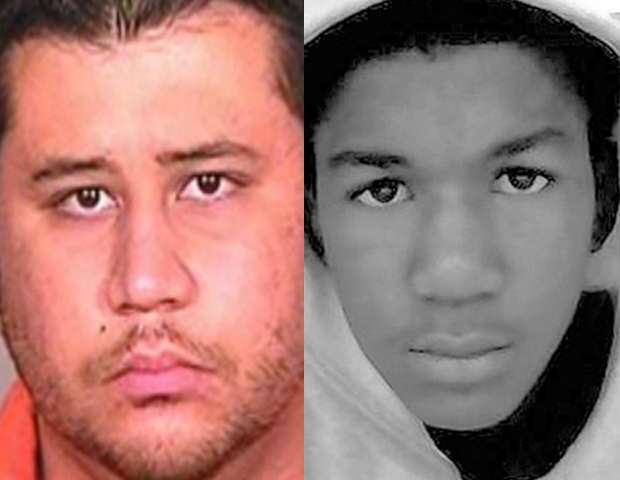 1. Immediately after George Zimmerman shot and killed Trayvon Martin in Sanford, Fla., there was no arrest by police and no charges were filed. Also, The Miami Herald reports that police initially wanted to charge Zimmerman---and applied for a warrant---but prosecutors said there wasn't enough evidence to move forward with charges.

Yesterday, Florida prosecutor Angela Corey announced that George Zimmerman, the man who killed unarmed teen Trayvon Martin, has been arrested and charged with second-degree murder. Zimmerman, 28, turned himself in to police after the charges were announced, and is, according to reports, now in protective custody at the John E. Polk Correctional Facility in Seminole County.

Details of the shooting and the events that led up to the death of the Miami Gardens teenager are still emerging, as prosecution and defense lawyers prep their cases. It has been more than a month full of protests, petitions and intense media coverage of the case that have led to latest developments. Forty-five days after his death, many watched with thoughtsÂ  of relief that the case will finally go to trial and hopes that truths will be exposed.

The questions still remain: What do these charges mean? Will there finally be justice in a court of law? How will this play out for Zimmerman, his family, and the family of Trayvon Martin?

Writer Zerlina Maxwell breaks down the legalities of Zimmerman’s charges as well as what this type of case entails.

It is important to know that there are number of proceedings that need to occur even before we get to a trial with a jury of Zimmerman’s peers.Â  “Long before we get to a jury is the unique pretrial hearing on the ‘Stand Your Ground’ statute. TheÂ defense will file a ‘Motion for DeclarationÂ of Immunity,’ ” says BJ Bernstein a trial attorney based in Atlanta (who is not affiliated with this case) in an interview with Ebony.Â  “Remember, ‘Stand Your Ground’ is not merely a defense but rather [indicates] that a defendant is immune from prosecution or a civil suit. When filed, a judge triggers a hearing before trial in which the judge would determine [whether] there is enough evidence to get beyond immunity.â€

That means that a judge will ultimately make the determination if the “Stand Your Ground” law applies to this case and whether Zimmerman is immune to the murder charges as a result. If Zimmerman and his defense were successful in this pretrial proceeding then the case would be over and it would not move forward to a jury trial.

Can Your Hair Prevent You From Succeeding in Business?