What If Every Ex-Con Could Get A Deal Like Michael Vick? - Black Enterprise 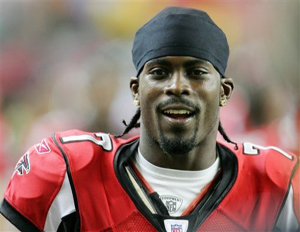 The six-year $100 million contract that Eagles star Michael Vick signed yesterday guarantees that he will be the team’s starting quarterback for the foreseeable future.

As an Eagles fan, this move leaves me a little uneasy. Although Vick performed at an MVP level last year, there’s still room to question the wisdom of giving him the keys to the franchise based on a single year of excellence. Although it’s possible that Vick has truly developed into the mature player and person that we saw last year, there is always the chance of a personal and professional backslide. (Given the Eagles’ offensive line and Vick’s late-season propensity for hastily exiting the pocket, I’m much more concerned with the latter.)

As a fan of justice, however, I couldn’t be happier with the Eagles’ decision. More important than money, the Eagles gave Michael Vick something that is increasingly rare in our society: a second chance.

In April 2007, Michael Vick went from national celebrity to international pariah when he was hit with felony charges related to his role in an interstate dog-fighting ring. Two years and 18 months in prison later, Vick was back in the league but no longer in the driver’s seat of his career.

Many of the same people who cheered his every move now looked upon him with contempt and scorn. The majority of NFL teams refused to even schedule a meeting with him. Countless fans swore to cancel their season tickets if he ended up wearing their home team’s uniform.

Like literally millions of Americans, he was an ex-con facing an unforgiving world and an uncertain job market.

Read the complete article at philly.com

7 Stylish Golf Fashion Staples for Her

7 Ways to Save on College Textbooks and Supplies