What Do You Want Obama to Say Tonight? - Black Enterprise The state of the union is an annual occasion in which a president receives more unsolicited advice than he cares for or, for that matter, could ever use. Republicans want him to propose specific and wide-ranging budget cuts to address the deficit; some hope he will embrace their effort to repeal healthcare reform legislation. Supporters of gun control hope he will point to recent shootings as a reason to enact some reforms. Anti-war activists want to know when the U.S. will permanently leave the Middle East. BlackEnterprise.com asked some African American leaders to also weigh in. Here’s what they had to say:

“The State of the Union will provide the opportunity for President Obama to lay out his plan for getting Americans back to work, and continuing to move this country forward. More specifically, I would like to hear about ways to recapture our industrial base where thousands of jobs could be created. Together we’ve achieved monumental accomplishments, but there is still much work to be done. I am also interested in hearing him expound on opportunities for the most vulnerable Americans. Too often they’re left out of the equation. I’m positive the President will deliver an excellent State of the Union address.â€

“I think that he needs to return to many of the themes that he campaigned on: restoring U.S. competitiveness, investing in green technology, investing in education and improving the quality of schools because they’re long-term solutions to the problems that we have. We’ve got massive numbers of unemployed people with no prospect that they’ll be reemployed immediately so something has to be done to address that, particularly for African Americans in urban areas, Hispanics and large sectors of the general population.

It’s not likely that Congress will continue to extend unemployment, yet those people will still be unemployed. So more creative kinds of strategies need to be developed, such as a national service program in exchange for both unemployment compensation and some type of earnings, as well as a focus on retraining and other educational programs that will begin to address the high levels of unemployment that we’re going to encounter for the next five to ten years.

But all of that is moot if there’s not some serious attempt to address the deficit. Obama needs to lay out a blueprint to get the deficit under control. You don’t want brutal and heartless cuts across the board, particularly to housing and other kinds of social programs that are going to severely hurt the middle class or lower-income families because those are the folks that are already hurting. But if he doesn’t lay out a blueprint, that’s what Republicans are going to start targeting.

There has been a lot of recognition that we need to support small businesses if we’re going to grow jobs, but no realistic plan to do that. Simply making money available for loans doesn’t solve the problem because at the same time there are tighter credit requirements and regulations so most small business owners don’t seek loans. These are the themes he needs to return to that got away from him after the campaign.â€

“I want to hear that Obama takes the jobs commitment seriously and that he’s going to invest in infrastructure. He’s made a significant commitment to education, his investment in the stimulus package was big, and he has to continue that. But I think there’s an issue of education equity at the state level that only the states can address and I hope he charges them with the responsibility of finding more equitable ways to provide quality education for all. I really hope he deals with a defensive healthcare bill. He’s got to make that a strong centerpiece; people spent too much political capital on that. It is a civil and human rights issue of the first magnitude, as are jobs, so I hope he makes a vigorous defense of healthcare.

I think he’s got to deal with comprehensive immigration reform and I hope he makes that more of a national issue. It’s certainly a civil rights issue, both in terms of the anxieties that many Americans feel about the presence of the undocumented and what that means for the economy, but also for the future of the country.â€

Historically, jobs have come from small to mid-size businesses. More so than ever before we need that now because as a result of the recession, well-to-do companies have figured out that they don’t need as many people to get the same work done, and in many cases to get more work done. They’ve invested money in either intellectual property or hard assets that work faster. They’re doing more business but not creating any new jobs.

There needs to be some certainty regarding the tax rate on capital gains. If it’s going to stay at 15%, that gives folks a reason to invest in and grow their business, or sell and get out without having to worry about giving it all back. But if there’s that, there’s really no appetite to spend a lot to grow your business too quickly because you don’t expect to get a lot out of it.â€

“Jobs, jobs, jobs, and a focus on high unemployment and urban communities. We’re certainly looking for the president to talk about long- and short-term solutions, such as training and retraining of workers and education. He has to lay out a strong case for an economic recovery that touches all people. State of the union addresses tend to touch on a wide range of issues, but this year we’re very focused. We’re looking for him to give a nod to targeted policies. People are looking to be inspired, which I know the president will do, but really to hear him talk about his commitment to jobs and ideas in areas like transportation infrastructure and green empowerment zones, but also how the disadvantaged can connect with those jobs.â€

Feel free to share your thoughts on what you would like the President to discuss in his State of the Union Address tonight. 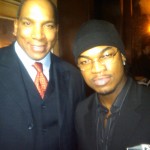 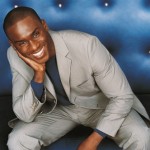