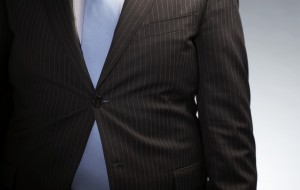 As part of our continuing series on workplace discrimination, we spoke toÂ Tamica McKinney, 29, a self-employed contractor and former human resources professional who knows a thing or two about weight loss, weight gain, and weight bias on the job. “I have been every size from a 14 to a 32–from 185 lbsÂ  to 390 lbs–since I started my career in human resources, and have watched the way others looked at and treated me change,â€ McKinney says.

As society remains image focused, one’s appearance shapes perceptions in all arenas, before a word is even uttered. When someone is plus-sized or obese, these perceptions are often negative, ushering in the proverbial elephant in the room: in this case, weight-based discrimination. According to a report by Yale University’s Rudd Center for Food Policy & Obesity, 43% of overweight people reported having experienced weight bias from employers and supervisors. The report also notes that compared with job applicants with the same qualifications, obese applicants are rated more negatively and are less likely to be hired.

McKinney admits that in the past, she has scrutinized plus-sized and obese job applicants during interviews, taking note of how they’re breathing, their body posture, and their overall state of health. “I think I was justified [as a human resources professional at a manufacturing company] asking certain questions because the interviews were for physical labor jobs,” McKinney says. On the other side of that, she says she faced similar scrutiny for jobs that required very little physical activity. “I have overheard individuals in my direct line of upper management speaking on my ‘laziness,’ and saying things like, ‘All fat people like to do is eat and sleep anyway.'”

From issues relating to health premiums, financial liability, and on-the-job competency, some companies see plus-size and obesity as a major red flag. “There’s a concern if you’re overweight because companies think about how the probability of that person having a health issue is greater,” says Eral Burks, president and CEO of Minority Executive Search, an executive recruitment company.Â  “Companies really want a healthy workforce. If there’s a plus-sized person, that doesn’t mean they’re unhealthy, but there are questions that come to mind, especially if it’s a job where you’re moving around a lot.”

As the ranks get higher, the scrutiny increases. “In your high-level positions, you are interacting with C-suite individuals and you’re very active,” says Burks. “You have to be able to keep up with the hustle. It’s a very active job, and if you are overweight it might pose quite a challenge… I have never been in a [C-suite] meeting where there is someone who is 400 lbs… Your senior VPs, CEOs, CFOs… these individuals at that level belong to a gym or fitness program. They incorporate fitness into their lifestyle.”