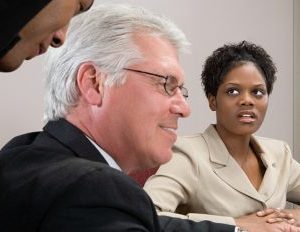 In the mix of racism and technology this week: Advertisers are getting fed up with hateful content on YouTube; social media flogs artist for tone-deaf painting; little kids are racially taunted after becoming champs at a robotics competition; and more.

A group of black and Latino 9 and 10-year-olds were taunted and told to “go back to Mexicoâ€ after winning a robotics competition, reports USA Today. The group, kids from the Pleasant Run Elementary school in Indianapolis remained undaunted by the racist remarks and were excited about their victory. “”When you have a really good team, people will treat you this way,” said one of the kids.

The Guardian featured a story on last week’s African Global Economic and Development Summit held in California. The article noted the stunning lack of African people at the conference. The reason cited was that all of the African citizens who had requested visas had been denied.

Twitter was on fire after a white artist, Dana Schutz, had her painting of Emmett Till on display at the Whitney Biennial. The artwork, called “Open Casket,â€ was a rendering of the boy’s remains in his casket based on the famous picture taken at his funeral. “”She has nothing to say to the black community about black trauma,â€ read one of the many Twitter posts criticizing the artist and her work. Many across social media felt that she was exploiting African American suffering.

Google’s YouTube service stands to lose a significant amount of advertising revenue. Companies including AT&T and Verizon are concerned with their ads appearing on YouTube videos with racist and other inflammatory content, reports Recode.

8 Industries That Lend Themselves to Franchising Well