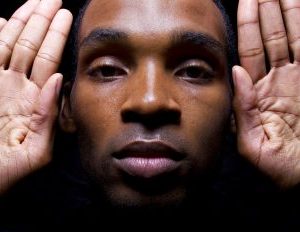 This week in tech racism looks at a shocking class-action lawsuit brought against mainstream media company CNN; while there is an ongoing push to educate young people in STEM skills, government funding and other factors are making that goal harder; and more news on racial issues and the world of technology.

A number of black people working for CNN filed a class-action lawsuit against the network and its parent company, Time Warner. The employees allege that there is a pattern of racial discrimination exhibited by the company. The lead plaintiff, DeWayne Walker, said that during his 13 years with CNN, he was regularly passed over for promotions. When he went to complain to the Equal Employment Opportunity Commission, he was subjected to retaliation.

In an utterly bizarre story, a white, male student at Michigan Technological University thought it was a good idea to post on the social media app YikYak, “Gonna shoot all black people….a smile tomorrow (smiley face emoji).â€ The student removed the post a few minutes later, but someone had already grabbed a screenshot of it and shared it with his school. The student was initially arrested and kicked out of the university and is now suing the school, claiming his original post was not racist.

In case you were wondering where all of the tech companies’ diversity reports for 2016 are, they are being released later than they were last year. As the Washington Post reports, Twitter and Pinterest are releasing their reports later this month to focus more on hiring goals rather than just racial and gender breakdowns.

An article from PRI makes the case for why it’s so important for science and tech to have black leaders. However, it also goes into myriad challenges that are inhibiting the education of young people of color in STEM, such as the ending of affirmative action at many colleges, including the University of Michigan, and inadequate funding in urban school districts including Detroit and Chicago.

What Trump’s Secretary of Labor Pick Means for You

Where Do Kids Get Their Crazy Ideas About Money?