Webinars: How To Use It As A Marketing Tool

WebinarsÂ  offer small business owners a platform to market themselves as an authority, strengthen their brand, and attract more clients–when executed properly.

Kimberly Seals Allers, founder and editor-in-chief of MochaManual.com, an online parenting destination for African American mothers, began using Webinars in the spring of 2009 after she realized her competitors were using them. “I was attending Webinars myself as a consumer, and it made me think I should be using them as a business owner,â€ she recalls. Allers, also author of the Mocha Manual book series, now produces monthly Webinars that tackle parenting topics such as pregnancy and flu vaccinations.

Allers’ Webinars are generally free to participants; the company covers the cost of producing them. But Allers, who predicts 2009 revenues to be close to $150,000, says the return on investment is not all monetary. Within the year, the seminars helped add more than 3,000 names to the company’s e-mail and subscriber listings; they have also driven traffic to her site, allowing her to charge higher ad rates. “I use Webinars more as a marketing tool,â€ she says. “However, I would say we typically see a 10% to 15% increase in our average daily sales volume on the days we have Webinars.â€

The biggest mistake, says Ken Molay, president of Cary, North Carolina-based Web conference services firm Webinar Success (www.wsuccess.com), is thinking a Webinar is an ad when it is really a value-add. “This is not a direct advertisement for your company,â€ he stresses. “Briefly introduce yourself–then get right into presenting information that will directly help your audience.â€ Remember, you are there to offer expertise.

Karen Palmer, media strategist and presentation consultant for Ventureneer (ventureneer.com), an online portal for small business advice, nonprofit training, and social enterprise education, says people make the mistake of reading directly from a PowerPoint. “You really have to conduct the Webinar as if you’re having a conversation with the participants.â€ She also advises keeping the presentation visually appealing so long as it’s not distracting.

This article originally appeared in the February 2010 issue of Black Enterprise magazine. 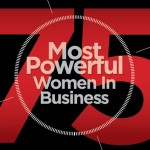 75 Most Powerful Women In Business