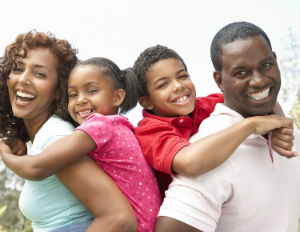 As American families recoverÂ from the Great Recession’sÂ brutal economic blow,Â the recovery in white and black households isn’t the same. Wealth inequality has actuallyÂ expanded between racial and ethnic lines, according to a report by the Pew Research Center based on an analysis of data from the Federal Reserve’s Survey of Consumer Finances.

The white-to-Hispanic ratio is disproportionate as well,Â with a 10.3Â gap between the two groups.Â This is a slight increase from the 8.7 gap in 2010. Asians and other racial groups were not separately identified in the public-use versions of the Fed’s survey.

Overall, the net worth of American families “held steady during the economic recovery.” The typical net worth for households was $81,400 in 2013, a small decline compared to $82,300 in 2010. The current stability is refreshing considering the dramatic drop during the Great Recession: “From 2007 to 2010, the median net worth of American families decreased by 39.4%, from $135,700 to $82, 300.” The plunging house prices and a stock market crash were the most significant contributors to the drop.

Additionally, stocks and other financial assets have recovered in value more quickly than housing since the recession ended. White households are more likely than households of color to own stock, directly or indirectly, through retirement accounts. In turn, they were better able to benefit from the recovery in financial markets.

Current wealth gaps are indeed higher than they were at the start of the recession, but they are still not as high as they were in previous years, as records by the Fed’s survey indicate.

[REVIEW] Ava DuVernay’s ‘Selma’ Is Timely, Engaging And A Must See