We Have the Power to Serve You - Black Enterprise 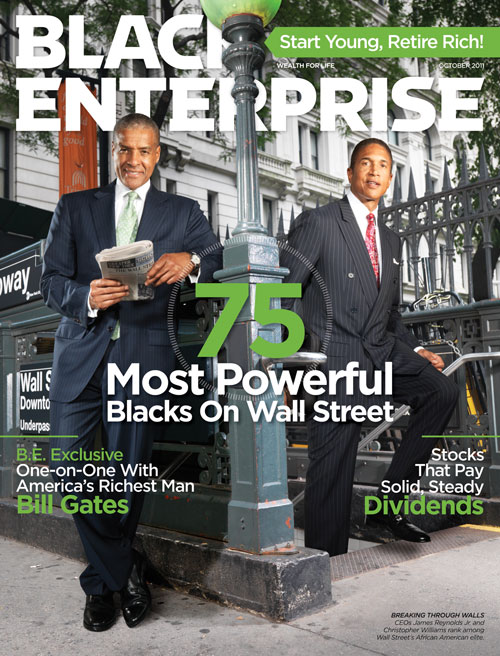 Since our inception, Black Enterprise has accessed some of the most powerful business and political leaders on the planet. Flip to the magazine’s Power Player section, the headliner segments on Black Enterprise Business Report and Our World with Black Enterprise, or the Exclusive section of our website and you’re likely to find Xerox CEO Ursula Burns discussing her latest acquisition; former Secretary of State Colin Powell divulging what it takes to succeed; Massachusetts Gov. Deval Patrick sharing his policy objectives; serial entrepreneur Robert Johnson revealing the next addition to his business empire; or Treasury Secretary Timothy Geithner disclosing measures to revive the economy. In fact, I had the privilege of conducting the very first print interview with President Barack Obama after his inauguration and also participated in a special invitation-only press briefing with him on Air Force One.

I’m not sharing these first-class gets as a matter of bragging rights. There are two reasons why we consistently obtain such exclusive access. First, we have more than 40 years of journalistic excellence, a crackerjack content development and production team, and an unwavering mission of financially and economically empowering African Americans. The second reason is even more important: It’s you–our audience of 6 million entrepreneurs, executives, professionals, and achievers. We want to expose you to the best and brightest minds. Conversely, those movers and shakers see Black Enterprise as the definitive multiplatform vehicle through which they can share their ideas, triumphs, challenges, concepts, and stories.

This issue is no different. Representatives for Microsoft Foundation co-founder and business icon Bill Gates requested that our Multimedia Editorial Director Alan Hughes interview the richest man in America. Meeting at the recent National Urban League convention in Boston, Hughes spent 30 minutes in a compelling conversation with Gates about his philanthropic efforts to upgrade public schools with the intent of ensuring the long-term innovation and competitiveness of American industry. The Q&A session is part of our series on solving the education crisis.

Hughes, along with Multimedia Special Projects Editor Sonja Mack, also took the lead on developing this issue’s cover package, our list of the “Top 75 Most Powerful Blacks on Wall Street.â€ The last time be produced this roster of top-ranked investment bankers, asset managers, financiers, and deal makers, the Street was in the throes of a different era. Now, these titans have completed more groundbreaking transactions and built even more profitable firms despite dealing with the financial meltdown of 2008, the Great Recession, the ongoing European debt crisis, a U.S. credit rating downgrade, and tumultuous financial markets. Through it all, their power and influence can be felt on Wall Street, Main Street, Capitol Hill, and every major exchange on the globe.

The pages of the magazine and channels on our website are not the only venues where we connect you with the rich and powerful. Led by Senior Director Sherry Herbert, our superb Events team produces some of the nation’s best business conferences and forums, for which they relentlessly acquire A-list speakers. If you haven’t been to one of our confabs, you must check out our Women of Power Summit in February in Orlando, Florida; our Entrepreneurs Conference in May in Chicago; and our Golf & Tennis Challenge next September in Miami. That’s not to mention the 20/20 Jobs Forum we’re producing this month in partnership with Walmart.

As you can see, our biggest thrill is using our power to serve you.

Negotiating Beyond the Salary

The Time to Plan Your Retirement is Now