Comedian Wayne Brady Strikes Back at "Not Black Enough" Statements 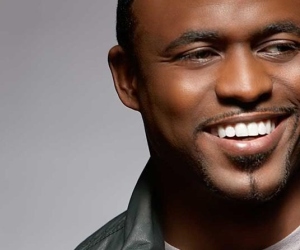 As funny as Wayne Brady is, he still gets stereotyped with not being “black enough” or as some call him, the “Safe Black.”

In a recent BET interview, Brady discussed one aspect of being viewed in that way.

“No one can be harder on Black people than Black people. And I understand that, we like to claim what’s ours – we are a very loyal audience. We like to call people out when we feel they’re not being what we want them to be. I get that too. What irks me is when the person who says, “Oh, Wayne Brady isn’t Black enough for this role,â€ is the 26-year old white screenwriter, Brady explains.

Maybe people need to re-watch that classic skit on Chappelle’s Show where Wayne played out of character and said: “Is Wayne Brady gonna have to choke a b**ch?”

What are your thoughts on the belief many have about Brady?

Are the Remains from the Big Bear Cabin Christopher Dorner’s?

All-Star to Tech Star: Why Black Athletes Need to Get in the Startup Game