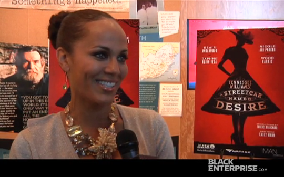 This Sunday, July 22, the buzzed about Broadway play A Streetcar Named Desire—a multi-cultural remake of the Pulitzer Prize-winning play by playwright Tennessee Williams—wraps its limited engagement run in New York City. (The journey doesn’t end there, A Streetcar Named Desire may make a move to London in the fall.)Â Black Enterprise correspondent Shannon Lanier caught up with stars Nicole Ari Parker and Blair Underwood and spoke to them about their Broadway debutÂ and their side hustles before they became famous.

10 Ways to Boost Your Productivity