When Barack Obama became the 44th President of the United States, the nation stood on a financial cliff. The deteriorating banking sector, credit crunch, collapsing housing market and plummeting stock market, among other fiascos, threatened to plunge the nation into Depression 2.0. Part of the president’s rescue plan was tapping Tim Geithner, the former New York Reserve Bank president, as Treasury Secretary. Having served in the Treasury Department during the Clinton Era and engaged in the first leg of the bailout of the financial industry before George W. Bush left the White House, Obama saw him as being perfectly suited to help him develop every major plank of his agenda to revive and grow the American economy, including continuation of the $700 billion Troubled Asset Relief Program, or TARP; crafting the $787 million American Recovery and Reinvestment Act, better known as the stimulus package; and comprehensive financial reform. Two years later, the nation is back from the brink and GDP is growing at pre-recession levels. However, Geithner must wrestle with major challenges as he meets theÂ  president’s mandate to rebuild America for future prosperity and competitiveness: stubbornly high unemployment,Â  a tepid housing market and a projected $1.5 trillion federal budget deficit.

In an exclusive interview that took place after the president’s second State of the Union address, BLACK ENTERPRISE Editor-In-Chief Derek T. Dingle talked with the nation’s chief financial officer on Black Enterprise Business ReportÂ about a range of issues, including the administration’s ability to finance Obama’s ambitious “win the future” agenda, provide foreclosure relief for the jobless, implement financial reform and develop targeted programs for African American communities that have suffered the most during the economic downturn. 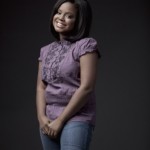