How to Raise Venture Capital for a Tech Start-Up 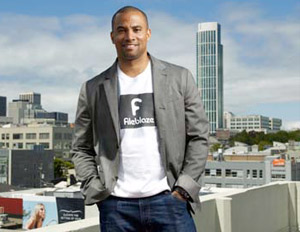 What does it take to get your tech company funded by people other than your family and friends? It’s a lot harder for tech entrepreneurs than for those who are trying to raise capital for a brick and mortar business. The product and customers are sometimes less tangible.

Before launching FileBlaze, a cloud-based file storage and streaming service, Chuck Baker, 41, worked as an executive producer for music artists like Mya and Dru Hill. He realized there was a void in ways to transfer large uncompressed files like music, videos, and photographs, and preview them in real-time from the Web without also downloading other memory intensive software. He created FileBlaze to help prevent piracy, leaks and unauthorized downloads of copyrighted material.

Initially, he and partner Rhahime Bell relied on angel investments. Over a three year period, they raised approximately $2.5 million from 16 investors, including themselves, family and friends like former basketball player, Alonzo Mourning, and filmmaker, Malcom Lee. Baker used the money to erect the site in increments starting with an alpha prototype that cost $250,000 to build. With each new investment they deployed new features to the site. Recently they received a bank loan for an undisclosed amount and they’re hoping to raise $15 million on their next round of financing. Despite so many investors, the two still retain a 59% majority ownership in the company.

Whether you live in California’s Silicon Valley, New York’s Silicon Alley or somewhere in between, it’s important to understand how angel or venture capital financing works in the technology world.Â  You don’t want to make a bad impression by pitching a venture capitalist when you don’t have all of your ducks in a row.

Most startups boot strap and use angel investors to do market research, file a patent, and create an alpha prototype, but the first round of financing, sometimes called the Series A, is the amount a company needs to secure to create a beta product, recruit the first set of core employees or partners, test the product, and begin generating revenue. Series A financing can be between $1 million and $12 million depending on the company’s needs and goals, and investors at this round are usually taking a big risk.

Also know that VC money isn’t free. Expect to give up a percentage of your equity to your investors. The more risky the investment, the more equity you might need to give up. Series B financing is usually sought after the company has become more established and the amount can range depending on the valuation of the company.

Funding rounds can be made as long as the company needs money to expand operations. For example, Gazelle, a four-year-old, Web-based company that recycles cell phones and other electronics for cash, raised $22 million in a Series D financing round. The company plans to use the new round to market its services to mass media.

In the News: Dow Plunges More Than 600 in Sell-Off; $10 Internet Access and More