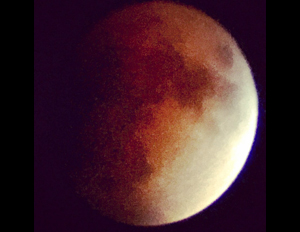 Last night, on Sept. 27, a rare celestial event took place around the world, as a lunar eclipse coincided with a “supermoon.â€ The eclipse was visible in North America, South America, West Africa, and Western Europe.

So how does a “supermoon” happen?

Well, when the moon is full and in the closest part of its orbit to Earth, it causes it to look bigger than normal. According to former NASA Astronaut Dr. David Wolf, the supermoons appear 14% larger and 33% brighter than other full moons.

In addition to the super moon, a lunar eclipse occurred, as the Earth lined up directly with the moon and the sun, between them both. This causes the moon to fall in the shadow of the Earth, resulting in the blood moon color. The last time it occurred was in 1982, so it was a big deal for science lovers. In case you missed it, the next supermoon will not be back for another 18 years.

The Power Move: How to Successfully Turn Your Passion Into a Lucrative Career