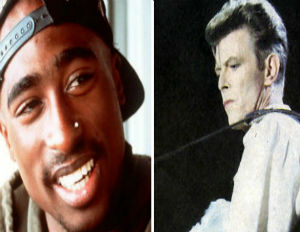 I’m a long-time Bowie fan and a long-time financial reporter, and as I reflect on the artist’s life today, I recall how he went through the roof on my list of ‘ultra cool celebrities,’ when in 1997 he joined forces with investment banker David Pullman to create what would go on to be calledÂ  Bowie Bonds.

[Related: Part 2: Star Jones Reveals the Financial Mistake That Was Her Greatest Teacher]

Just like treasury bonds — which are backed and guaranteed by U.S. government assets — Bowie bonds are also asset-backed securities, but the asset was the current and future royalties of albums Bowie recorded before 1990.Â  The bonds paid an interest rate of about 8% over approximately 10 years.

Bowie received $55 million up front for forfeiting royalties for 10 years, after the entire bond issue was purchased by Prudential Insurance Company of America. Bowie’s business prowess caught the attention of other artists, and soon Pullman was creating similar securities for artists; including James Brown, Tupac Shakur, and Ashford and Simpson.

As the music industry was changing, and people were buying less recorded music and turning to streaming and other options for listening to their favorite artists, Moody’s Investors Service rating agency lowered the rating on Bowie Bonds in 2004.

In addition, David Pullman had run into problems of his own and in 1999, he sued Prudential for starting their own celebrity bond ventures and excluding Pullman.

“In bringing this lawsuit, we intend to send a message that the people who devise innovative and creative new ways to securitize assets will not have the fruits of their efforts snatched from them without a fight,” said Pullman in a prepared statement.

While celebrity bonds, and securitization through intellectual property will always draw fans and critics, David Bowie, aka, “The Man Who Sold The World,â€ remains priceless to fans and enthusiasts who have loved him for decades.

Uber Cuts Prices In Over 100 Cities