Kenneth Feinberg, administrator of the Gulf Coast Claims Facility, regaled and reassured lawmakers Wednesday that he is committed to ensuring that small business owners are fairly compensated for the economic losses they’re experiencing as a result of the April BP oil spill. (How to file a claim.)

At a House Committee on Small Business hearing Wednesday on what BP’s $20 billion fund means for small business, Feingold did concede, however, that the process for reimbursing small businesses is still evolving, that it is “not sufficiently efficient,â€ or transparent, and that he will have to work hard to improve it.

He also said that the facility would begin offering six months of compensation because of complaints from lawmakers that the process was too slow.

While Rep. Yvette Clarke (D-New York), a Congressional Black Caucus member who sits on the panel, fears that smaller black businesses owners in the Gulf won’t seek compensation because the process may be too daunting, she is heartened that “Feinberg said he has a special eye to those particular businesses and that the facility will even staff up to get the word out that people should file claims.â€ She added: “He’s got the right attitude and the right commitment and we’re going to hold him to it.â€

All claimants are urged to file for compensation, he added, but “You have to corroborate your claim. You can’t come in and say, ‘I’m out of work, I’m losing $5,000 a month, pay me,’ â€ Feinberg said.

Claimants are urged to act swiftly because “There’s not enough money in the world to pay damages for every business where and when,â€ Feinberg told lawmakers, although BP has pledged to come up with more money if the $20 billion already pledged is not enough.

Highlights of the hearing can be viewed here. 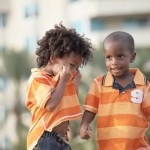 Environment Has Role in Health of African American Boys