The South Carolina Democratic Party’s executive committee voted Thursday night to uphold unemployed veteran Alvin Greene’s head-scratching bid for the U.S. Senate. The hearing had been requested by his opponent, former judge Vic Rawl, who was protesting the result.

“It’s a delicate situation that’s being blown out of proportion. It doesn’t matter who the Democrats nominate. They won’t win,â€ Bositis said.

Meanwhile, in Arkansas, state Sen. Joyce Elliott, who hopes to be the first African American to ever represent her state in Congress, got a big boost this week. The Democratic Congressional Campaign Committee has added her to its “Blue to Redâ€ program, which provides competitive candidates with financial and communications support.

“Joyce Elliott has stormed out of the gate and the Red to Blue program will give her the extra edge to win in November,â€ said DCCC Chairman Chris Van Hollen. “Elliott has already proven her commitment to being an independent leader who puts Arkansas jobs and economic recovery first and we look forward to helping her keep making that case to voters in the months ahead.â€ 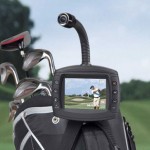