Speculation over whether Republican National Committee chairman Michael Steele would seek a second term came to an end Monday night when he announced his plans on Fox News and then in a much-publicized conference call with committee members during which he asked for their support. Steele is the RNC’s first African-American chairman.

According to South Carolina national committee member Glen McCall who participated in the call and is African American, Steele began making his case by pointing to how far the party has come since 2009, when by most accounts it appeared to be experiencing an identity crisis. Steele claimed credit for wins in the New Jersey governor’s race and the Senate races in Virginia and Massachusetts, as well as the historic wins in November that gave the GOP the majority. He said that under his tenure, the RNC cultivated small donors, whose numbers will have grown to one million by the end of this year, which he plans to double in 2011.

McCall said that Steele also acknowledged that he faces some major challenges, such as paying off party debt and making RNC operations more streamlined and transparent.

Steele’s chairmanship has been marred by several headline-making gaffes, almost from the start. They include an offer of “slum loveâ€ made to Louisiana Gov. Bobby Jindal, plans for a “hip hopâ€ makeover for the GOP, a public prediction that the GOP wouldn’t win the House during the midterms and news that an RNC staffer had spent almost $2,000 at a bondage-themed nightclub in Hollywood. In July, Mississippi Gov. Haley Barbour, a former RNC chairman, suggested that Steele needed to step down, and he was not alone. Steele lost a lot of support from major donors.

McCall hasn’t decided who he’ll support, but said he believes Steele deserves to at least try for a second term. Problems aside, McCall believes that overall Steele has been a successful chairman and he definitely helped make history.â€

He’s definitely got his work cut out for him, however. McCall said that Steele has rubbed a lot of members the wrong way. That’s in part because some are simply reluctant to accept change, whether it’s Steele’s unconventional personality or his bottom-up approach to leadership that would give more power to the state parties.

“Throughout the holidays, I’ll talk with the other candidates but won’t make a decision until the night before the vote after the members-only candidate’s forum and dinner,â€ McCall said.

Read more from the Washington Report: 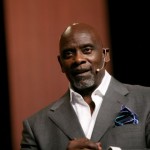