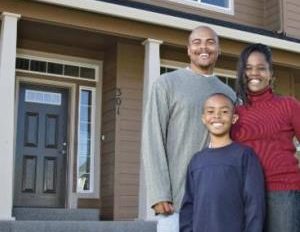 People of color continue to get shut out of the housing market. Homeownership among African Americans and Hispanic Americans lags dramatically behind that of white Americans, 41.3%, 47%, and 71.9%, respectively, according to the Census Bureau.

Helping to remedy this situation are black-owned banks. OneÂ bank, in particular, Industrial Bank out of Washington, DC, is hosting Mortgage Day on Nov. 7, 2016. The goal is to provide existing and potential homeowners’ access to bank representatives to address their questions and any concerns. Attendees are encouraged to come prepared to ask questions about buying a home, refinancing a home, or qualifying for a reverse mortgage.

Related Story: Don’t Do These 3 Things When Buying Your First Home

Prospective African American and Hispanic homebuyers face barriers when it comes to getting approved for a mortgage at major banks compared to other ethnic groups. Among all approved mortgage applicants from the 10 biggest retail banks in 2014, 5.3% were black, down from 7.8% in 2007. While 10.6% of borrowers were Hispanic, before the crisis, that figure fell to 7.4% in 2014, the Wall Street Journal reported.

African American banks are more inclined to grant mortgages and small business loans to the people in the communities that they serve. Industrial Bank holds the No. 5 spot on the BE 100s Banks list with more than $388 million in assets for 2015.

According to a study from the National Bureau of Economic Research, race impacts the type of loans borrowers are likely to receive. According to the study’s authors, even after controlling for general risk considerations, such as credit score, loan-to-value ratio, subordinate liens, and debt-to-income ratios, Hispanic Americans are 78% more likely to be given a high-cost mortgage, and black Americans are 105% more likely.

African Americans are not only less likely to own homesÂ but when they do obtain mortgages, those loans are often more expensive and at greater risk of default–think subprime and predatory lending that led to the housing crisis.

Black-run banks were hit harder by the housing crisis than the banking industry at large. In recent years, they also have had to bear the brunt of higher-than-average job losses and home foreclosure rates in the communities that they serve.

Although 13.2% of the U.S. population is African American, less than half of 1% of U.S. banks are black-owned, according to Federal Reserve data. There are just 23 banks with majority African American-ownership, a sharpÂ decline from 41 in 2007, pre-recession.

However, many black banks have benefited from the resurgence of the #BankBlack movement. Local and national efforts have led to a surge of deposits at Industrial Bank, the oldest and largest African American-owned commercial bank in the metropolitan Washinton D.C. region, according to the bank’s website. In July alone, more than 1,500 new accounts with deposit balances of approximately $2.7 million were opened.

What I Learned From Starting a Business From Scratch