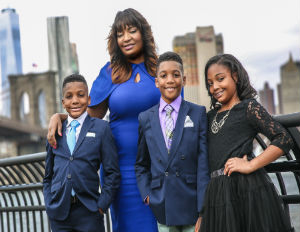 BlackEnterprise.com:Â You’ve now become accustomed to a new way of life, a new culture. What do you enjoy most about it?

Benard: Freedom. I think most parents dream of having the opportunity to offer their children a better way of life. I’m no different and moving to the UAE has given me the opportunity to do just that. I’ve also enjoyed financial stability, which may not have occurred had I continued living in the States. As a result, we get to travel internationally on a regular basis. We also enjoy occasional cruises in Dubai on private yachts and relax at five star hotels, as a family.

I want my children to know that despite being raised in a single parent home, they can still experience the splendor of the world on a grand scale. And while they may not have begun this ‘heat’ on equal footing with others, they need to know that mommy will equip them with everything they need to win the race. I pray that this new way of thinking not only influences my children as they strive for greatness, but will also expand to my children’s children and future generations to come.

What was the biggest obstacle that you and your children had to overcome and how are you stronger for it now?

Three years ago, my husband and I agreed to make the move to the UAE together. Unfortunately, the marriage ended before our transition began. So, I began the journey to the UAE with three minor children and eight suitcases, four one-way tickets, an employment contract and a hotel address. Most of all, however, I left with an understanding that failure was not an option. We had no family within a two continent radius. We were literally all we had once we stepped off the plane.

In the beginning, I had to wipe the tears from my children eyes when they expressed how much they missed our family. Sometimes the whole house would be homesick. I would physically console my children while verbally attempting to explain the purpose of this journey and why it would eventually all work out. During these times I’d put on a straight face and do my best to encourage them, while hiding my own homesickness.

Now almost three years later, I can honestly say that we’ve made it. Getting to this point has not only brought us closer as a family, but has allowed each of us to grow on a more personal level. My babies aren’t babies anymore. They are now international junior nomads. We stepped off the plane as ‘4 Deep’ but we are no longer ‘alone.’ We have built an amazing support system. We have been blessed to meet other expatriates who love and support my children and I as if we were blood relatives.

Karima Mariama-Arthur,Â Esq. is the founder and CEO of WordSmithRapport, an international consulting firm specializing in professional development. Follow her on Twitter: @WSRapport,Â and visit her website, WordSmithRapport.com. 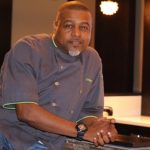