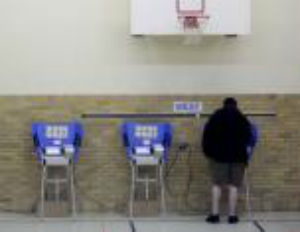 One voting machine was taken out of service after a voter made a video of the machine changing a vote for Obama to a vote for Romney.Â Republicans have also reported Romney votes turning into Obama votes.

The videoÂ shows a voter’s finger repeatedly pressing the button for Obama, but a check mark coming up next to Romney’s name.

Read the full story and watch the video at MSNBC.

The Obama Mojo: How Will You Re-Invent and Upgrade Your Professional Swagger?