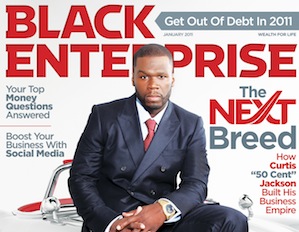 Voting is now open for Readers’ Choice honors in the 2012 American Society of Magazine Editors Best Cover Contest. Beginning April 1, Black Enterprise readers have the chance to vote for its entry, the unforgettable January 2011 cover featuring rapper and entrepreneur Curtis “50 Cent” Jackson. Go to amazon.com/bestcoversvote to cast your vote for Black Enterprise.

For the January 2011 Black Enterprise cover story “The Many Faces of 50”, Jackson provided an all-access look into how he’s evolved an entrepreneur extraordinaire, speaking candidly about recent deals, notable milestones, and future plans for his burgeoning business empire. The exclusive cover image, photographed by Black Enterprise Director of Photography Lonnie C. Major, depicts an unseen side of 50 Cent–one that is all business. The cover is in stark contrast to the image fans of the Get Rich or Die Tryin’ rapper have come to expect. “We took his rugged exterior and transformed him into what he truly is on the inside: an entrepreneur, a business man and a consummate professional,” says Major.

In the first stage of the contest, media consumers visiting Amazon.com will pick winning covers in these 10 categories:

The Readers’ Choice Magazine Cover and the Cover of the Year will be announced the day before the National Magazine Awards Annual Gala at the ASME Annual Meeting on May 2, 2012. 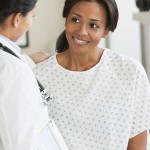