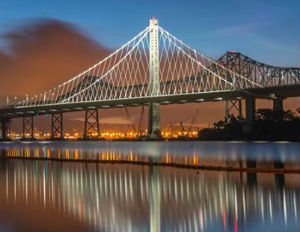 Over the years, Oakland has gained a bad reputation as being a city that’s rife with crime, a metropolis that pales in comparison to its more glamorous neighbor, San Francisco. But in a city that’s some 28% African American, it will be a black-owned firm that will lead the charge in remaking Oaktown’s image.

On April 2nd, a campaign intended to show a new direction for Visit Oakland,Â the city’s tourism marketing organization, was launched with Carol H. Williams Advertising Inc. (No. 7 on the BE Advertising Agencies list with $15 million in revenues) at the helm.

The challenge is contending with media reports that highlight the historically blue collar city’s seedy side.

“There’s a lack of awareness of what’s available in Oakland and Visit Oakland would like to rebrand Oakland into what it is — an attractive travel and business destination and thereby spur economic activity and sources of revenue like hotels and retail and all those good things,â€ says Carol H. Williams, CEO and Chief Creative Officer of the agency.

The campaign, dubbed “Discover the Side of Oakland You Don’t Know,â€ will touch multiple platforms. Digital, print ads, mobile, social media and live events are all in the works.

“The perception is that we’re mostly a gritty inner city, but we have 19 miles of shoreline as well as natural park reserves that are huge,â€ says Matt Taylor, Vice President/Director of New Business for Carol H. Williams Advertising.

The campaign consists of the following components:

While the city’s unemployment rate remains higher than the nation as a whole, it’s gaining an influx of professionals.

Whether or not these efforts will pay off remains to be seen, but Williams believes that the campaign can turn business travelers into tourists while also building the city up as a convention destination.

“Oakland already has substantial business travel,â€ she points out. “It’s just making those travelers aware of what’s in Oakland and getting them to stay one more night.â€