Professional Perceptions: Do the Clothes Really Make the Man? 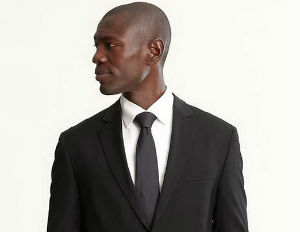 Memes are quite popular—and not such a new thing—in today’s Web world dominated by social media quips and viral Vine videos. Many are comical, depict stereotypes or highlight pop culture snafus. Others are motivational, insightful or help market ideas or company branding.

One particular meme has been making its rounds on social media, illustrating what might seem to be a common perception among professionals. It is often said that one shouldn’t judge a book by its cover, but in the business world, one’s look can speak a thousand words—and garner even more judgments, right, wrong or indifferent.

The meme features two men: one wearing a tailored suit, with the words, “Has a Career,” above him, while above the other, in a looser suit, it says, “Has a Court Date.”

BlackEnterprise.com asked Facebook followers whether the photo depicted accurate sentiments or a misconception. Garnering more than 200 shares and more than 340 likes, the topic was a hot one, and there were mixed views:

“Misconcepton!” one woman commented. “A criminal can wear a nice fitted suit and a young man just starting out in his career but [has] no money can be found in the baggy suit. Do not judge a book by its cover.”

“Sloppy, baggy clothes do not look professional. They make the wearer look like he’s not used to dressing that way and must have some special occasion to attend, like a court date,” another woman wrote.

“It’s offensive and short sighted to equate a person’s character with the fit of his suit,” said another commenter.

“From a man who has been in both categories, I usually show up in tailored clothes,”said another. “That’s just my style and what I’ve learned from the old-heads in my life. I was still a criminal though. I just looked better doing it.”

“How you are dressed does seem to send a message…..whether it’s right or wrong,” another said.

The question remains: Do people view those in tailored suits as more trustworthy, professional and about their business than those in baggy attire?

What’s your opinion? Take our poll below: