Vince Young Gets Hired by His Alma Mater 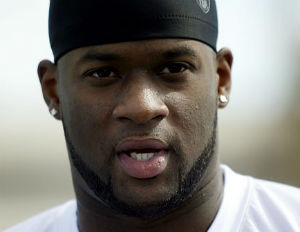 After leading his University of Texas at Austin football team to a national championship in 2005, Vince Young is returning to the institution that gave him so much, this time as an employee rather than student.

Beginning Sept. 1, Young will work for the Division of Diversity and Community Engagement (DDCE) as a development officer for program alumni relations. With this new position, Young will help raise money to support DDCE programs that assist first-generation college students and students from low-income backgrounds.

“Vince’s passion for the educational success of young people and his experiences as a first-generation college graduate makes him a perfect fit for this role,” Gregory J. Vincent, vice president for diversity and community engagement said in a press release. “We are excited about the enthusiasm and skill set he is bringing to our team and look forward to working with Vince.”

Vince Young is a former NFL player who was the third overall pick by the Tennessee Titans in the 2006 draft. He spent six seasons in the league as a quarterback and after bouncing around from team to team with short-term contracts, Young officially announced his retirement earlier this year.