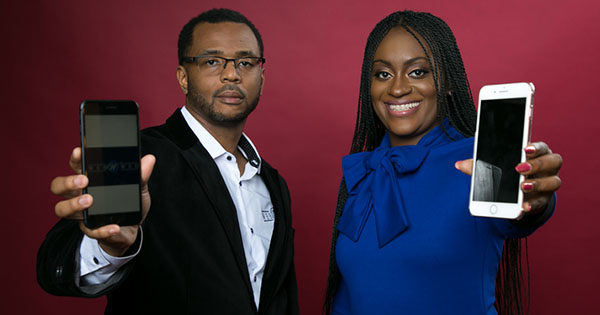 JC, 35 and Randy Banks, 38 are the founders of the WebWed mobile app

WebWed is an online platform and mobile app that provides couples with the digital tools to plan and get legally married virtually. The founders, JC and Randy Banks, are married as well.

Deeming it the “New Vegas,” JC Banks said she intends to change the way people get married by disrupting the wedding and legal industry through tech.”You know how people go to Vegas to get married, and then find out their wedding isn’t really legal,” Banks said. “Well, people don’t have to come to Vegas anymore. They can do it all online now and it is completely legal.”

Banks said the website even offers marriage counselors to assist couples through the entire wedding process since they most likely are located in another city or state. “Weddings cost a lot and instead of a lot of millennials spending thousands of dollars, we want to help them focus on the foundations of marriage instead,” Banks said.

How to Get Married Online This Valentine’s Day 2018

To use the service, couples must sign up on the website or on the app by first selecting one of three packages. The WebWed Special package offers a live officiant, the capability of a two-way chat, and gift registry linking among other features. Users can also choose between the Full Ceremony package, which costs $399 or just the Marriage License, which costs $499.

The platform also provides users with unlimited 360-degree live video broadcasting depending on the package purchased. This is especially useful for individuals in the military whose partner might be posted in another state or country, Banks said.

For WebWed’s two-year anniversary, the site’s founder will marry 20 military couples this Valentine’s Day, free of charge. “We picked people who said they joined the military because it was the only way to go or the only way to get out of trouble,” said Banks. “We’re giving them the service free of charge and asking nothing in return.”

What About the Paperwork and Marriage License?

As for paperwork, Banks said it is up to the couple. “In the military where you can’t do the documentation yourself, we take that out of the way even if they’re not having a physical wedding,” she said.

In order for couples to get their marriage license quicker, Banks recommends that all couples have their documentations done out of Washington, D.C.

In January 2015, D.C.’s Marriage Bureau eliminated its three-day period couples wait to receive a license. Couples can get their Washington, D.C. marriage license the same day and get married on the same day. In addition, witnesses are not required to be present.

“We can get the marriage license quicker but we still have to go by the guidelines,” Banks said. “We don’t take the power out of the courts’ hands and we don’t allow underage marriage either.”

After all the paperwork is sorted out, and uploaded to the website, couples can then choose a wedding date, even send a video evite to friends and relatives.

In 2015, after same-sex marriage was ruled legal by the Supreme Court, Banks said she decided to launch the website right away.

“It is my way of standing outside of the box, supporting marriage equality, and the display of love for the whole world to see both domestically and internationally,” Banks told BOSS Magazine.

Co-Founder Says She Is Also Becoming a Lawyer

Banks, 35, who is finishing up a law degree at the Birmingham School of Law, said her life experience has brought her far.

“It normally takes people three years to finish law school but it took me five,” Banks said. “I always knew who I was and where I wanted to be, but it took me longer because I had to climb that mountain alone. Discipline was one of the key factors that contributed to my success, and was instrumental in me acquiring a Juris Doctorate.” 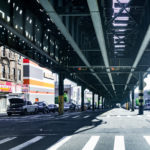 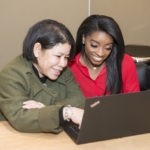