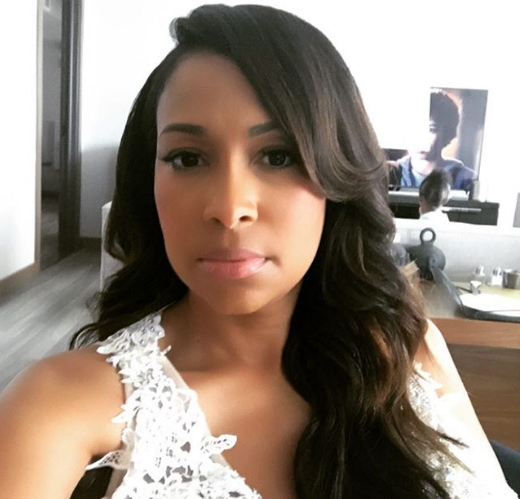 Google executive Valeisha Butterfield Jones will continue to advocate for diversity and inclusion in tech but on a new level and with a new title. The award-winning community engagement, multicultural marketing, and communications strategist confirmed to Black Enterprise that she has been promoted to global head of women and black community engagement for Google. In this role, she will be responsible for driving systemic and measurable change to create an even more inclusive culture at the tech giant. She will also lead a worldwide effort to enhance equal opportunities for women and African Americans at the company through recruitment and retention.

The 39-year-old joined Google back in 2016 as the head of black community engagement, where she focused on implementing diversity and inclusion practices and strategies. During her stint, she helped create initiatives to groom and elevate people of color for leadership roles, including the Decoding Leadership series, which teaches black Googlers how to navigate and climb the corporate ladder. Butterfield Jones also played an instrumental role in launching Howard West, an intense summer residency program that trains and mentors Howard University STEM students at the Googleplex campus in Silicon Valley. Additionally, she helped design the Decoding Race talk series to educate Googlers around the country on race, culture, and bias.

“I met one-on-one with Googlers and heard their stories and watched senior leaders experience an awakening as they learned some of the challenges young black professionals face in tech,” Butterfield Jones told BE.

Despite the progress made at Google, Butterfield Jones’ promotion comes at a time when the company is facing a lawsuit and under a federal investigation over unfair payment practices toward women. The announcement also comes just weeks after the lack of diversity in tech was magnified at CES, arguably the biggest tech conference in the world. Nevertheless, the strategist makes no qualms about the challenge that lies ahead. “Education and awareness is key and we made tremendous progress at Google over the last two years,” she said. “In my role, new programs will also be developed and scaled, so please stay tuned.”

Prior to entering the tech industry, Butterfield Jones held a variety of high-profile positions in politics and entertainment. From 2011 to 2012, she served as the National Youth Vote Director for the Obama for America campaign. In 2009, she was appointed Deputy Director of Public Affairs at the U.S. Department of Commerce under then-President Barack Obama.

Early in her career, she served as the Executive Assistant to the president of HBO Sports after graduating from Clark Atlanta University in 2000. She also worked her way up from an intern for Russell Simmons to the Executive Director of his media firm, Rush Communications.

In addition to actively mentoring young women at Google, Butterfield Jones has served as the CEO of Women in Entertainment Empowerment Network (WEEN)—a nonprofit that uplifts and mentors women working in entertainment while striving to promote positive images of women in society—for the last 10 years.

Butterfield Jones, who is also a mother and the wife of NBA champ Dahntay Jones, is not the only black woman making boss moves this year. Last week, it was announced that Teen Vogue Editor-in-Chief Elaine Welteroth is parting ways with the magazine and reportedly has a deal with CAA, a prestigious talent agency based in L.A. 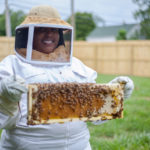 Black Changemakers Are Using Bee Farms to Save Detroit Neighborhoods 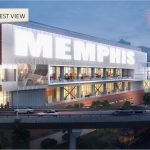