USPS Running Out of Money, Directed to Cut Costs 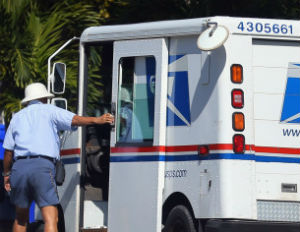 The U.S. Postal Service’s Board of Governors has directed the cash-strapped agency to speed up cost-cutting and revenue-boosting measures, as legislation to restructure the mail carrier remains stalled.

The Postal Service didn’t specify what measures it intends to pursue. Spokesman David Partenheimer said it will reveal those steps at a later date after informing postal employees of the details.

The 238-year-old institution has recently been buckling under the pressure of massive payments for future retiree benefits and dwindling revenue as more Americans communicate by email.

The agency lost almost $16 billion in the past year, ran into its legal borrowing limit and defaulted