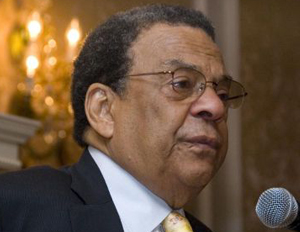 Here’s a cautionary tale about mismanagement and unchecked corruption:

Fund officials are said to be fighting over money. Public filings from the organization indicate the fighting could cost American taxpayers tens of millions of dollars, the Times reports.

Led by the American civil rights leader Andrew Young, the troubles the fund has experienced validates the concerns of some conservatives, who think the U.S. has overextended itself in the foreign aid department.

The United States Agency for International Development, the federal agency that financed the fund,Â helped disburse more than $40 billion in foreign assistance, with a $1.6 billion operating budget.

Miguel’s Legdrop on Fan May Cost Him Some Money