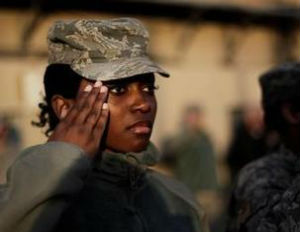 Like many civilians, soldiers face times when they need a careerÂ break. Whether it’s to focus on family commitments or see the world on their own terms, the Army developed the “Career Intermission Pilot Program (CIPP),â€Â for active duty officers, warrant officers and enlisted soldiers who want to pursue personal or professional goals while taking a break of up to 36 months from their military careers.

The CIPP program, launched in 2014, approved nine applicants for enrollment. Since then, Army Times reported three of the soldiers have dropped out of the program, and the remaining six – two officers and four enlisted members – have started their career breaks.

For soldiers like Taff Sgt. Jessica Cotton, after 8 years in service it was time for a break. During an interview with Army Times, Cotton said “It has always been a dream of mine to study law [and] I knew I had to find a way to dedicate my undivided attention to my next level of education. This program came at the perfect time for me because I was right at that crossroads between my career and education goals where I needed to decide if I would carry on at the needs of the Army or [separate] and follow my dreams. Her Advice for others considering the program:Â “Go for it! Do not worry about the naysayers. For this program to be a success, the soldier has to have a plan in place, be determined, resourceful, resilient and optimistic. I’d also advise them to evaluate their financial situation and ensure they can handle such a drastic decline in pay.â€

The Army CIPP is open to select categories of Regular Army and Active Guard and Reserve (Army Reserve) soldiers who have completed their initial active-duty service obligation, and who will have fewer than 17 years of creditable service for retirement on the date they apply for the program.

Here is an overview of some of theÂ program requirements:

The Financial Pitfalls of Growing Up In Racial Isolation