UPS To Raise Shipping Rates Up By 4.9% 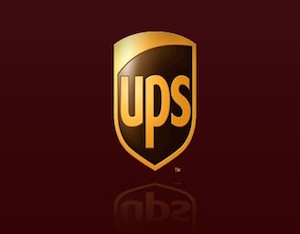 The United Parcel Service just announced Monday that shipping packages will cost a little bit more starting at the end of this year.

At a rate of 4.9%, the hike will most likely affect those who plan on shipping items in the U.S., Canada and Puerto Rico. The announcement was made after the package delivery company announced that its new rates will go into effect December 29 and will be applied to all ground, air, international and freight services.

UPS earlier this year raised rates by 4.4% for certain packages. Fall 2013, the shipping company bumped prices up by another 4.9%. In terms of the competition landscape, compare these rate hikes to that of FedEx, whom also made a similar announcement last month, and raised its rates 4.9% starting in January.

These increases serve as a boost of sorts as fuel prices have been steadily declining. Both companies said earlier this year that they planned to start charging for ground-shipped packages based on the size of a package instead of just the weight. UPS reiterated on Monday that its “dimensional weight pricing” will also go into effect on December 29 (FedEx’s will start in January).

In addition to the price raise, UPS will begin testing a new service called UPS Access Point. Neighborhood businesses will be the focal point as users will be able to use these “access points” as additional pick-up spots in an effort to cut down on the number of failed delivery attempts.