United, If Not Unanimous - Black Enterprise 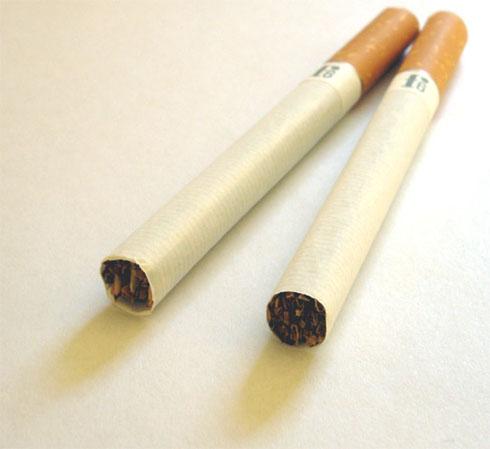 Before the U.S. House of Representatives passed the Family Smoking Prevention and Tobacco Control Act July 30, the 43 members of the Congressional Black Caucus (CBC) faced a perplexing detail about the legislation. The proposed law would give the Food and Drug Administration (FDA) regulatory powers over tobacco products. However, the law would not specifically prohibit the adding of menthol flavoring to cigarettes, a factor in the popularity of such products among African American smokers.

According to a study by the Harvard School of Public Health, more than 70% of black smokers buy menthol cigarettes. With its cool taste of mint, menthol masks the harshness of burning tobacco, making it easier for new users to take up smoking and develop a habit. The study, released two weeks before the House vote, accused tobacco companies of deliberately deploying a strategy of hooking blacks to nicotine: They have created certain menthol-flavored cigarette brands, asserts the study, and targeted marketing of these brands to young African Americans.

Of the 43 CBC members, 39 voted in favor of the bill, with some hoping for a future provision prohibiting menthol.

“I would certainly have loved to have seen no exemption of menthol,â€ says Rep. Elijah E. Cummings, of Maryland’s 7th Congressional District. “In my community, I see the devastation that direct smoke and second-hand smoke has on my neighbors and my constituents. If menthol makes cigarette smoking more attractive, it’s something I want to be able to deal with.”

Cummings admits, however, that tougher measures against menthol would have doomed passage of the bill, Congress’ first step to regulate cigarettes. “I think the greater good is to get these cigarettes regulated to some degree, and then to work on the menthol piece a little bit later on,” he says.

Another issue hitting close to home is the CBC’s financial ties to tobacco companies. According to news reports, Philip Morris USA has been one of the biggest contributors to the CBC’s nonprofit foundation, donating amounts in excess of $250,000. African American lawmakers, such as House Majority Whip James E. Clyburn, have been linked to big tobacco.

Not surprising, 11 of the 12 U.S. tobacco companies oppose the legislation. Philip Morris USA is the one company that supports it, says Bill Phelps, a spokesman for Altria. “But when it comes to menthol, we think it would be unreasonable to prohibit the use of an ingredient simply because it gives the product a unique taste. It is our scientific judgment that the ingredients in our cigarettes do not increase the inherent hazards of cigarette smoking,” Phelps says.

When the National African American Tobacco Prevention Network (NAATPN) was first asked to support the act, the anti-smoking organization immediately had issues with the bill’s lack of a menthol ban. The NAATPN gave its initial support, hoping menthol would be included later. The group then changed its stance on the bill.

“We don’t oppose the bill, but

Change May Be Brewing