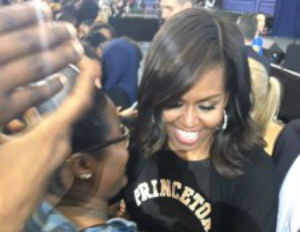 In February, it held a STEM career panel with AT&T; in May, with MTV, a Michelle Obama college signing event–attended by the first lady herself! “Itâ€ is Union Settlement, a fixture in East Harlem, New York, which has been empowering that neighborhood’s underserved community since 1895.

Saunders says the organization has provided such useful events as college tours, college essay writing with Columbia University, college fairs, college decision day (with HEAF), financial aid workshops, and more. Some students participating in the program have received full scholarships to college; one earned a study abroad trip to London; others have received paid high school internships at Harlem Hospital.

“We also offer leadership training and assistance the first year of college through our program called P.A.C.T.,â€ says Saunders. “It is no secret that our target population, first generation and low-income students, lack the network that most of their white counterparts have from their parents attending universities in years prior.

“Given that lack of support, our students are more likely to drop out of school their first year due to various factors: access to work-study, scholarships, book money, mentorship. The P.A.C.T. program serves as the network and mentorship linkÂ for these students, helping them acquire the aforementioned missing resources.â€

The College Readiness Program has helped more than 20,000 young people with admission to college–most are the first in their family to attend an institution of higher learning.

For providing assistance with college applications to SAT and ACT prep, as well as opportunities for leadership and community service, Union Settlement is making a difference in the lives of first generation students from East Harlem.

#ThankfulThursday: 5 Things You Should Be Thankful for at Work 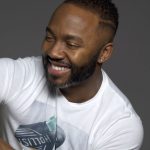