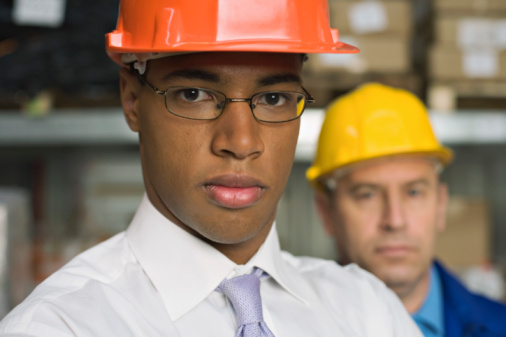 In a sign that likely represents a bit of positive news for the black unemployment rate, the Bureau of Labor Statistics reported that the number of union members rose 162,000 in 2013. This number represents 11.3% of the total domestic workforce. African American workers were the racial/ethnic group most likely to be union members (13.6%, compared with 11% for white workers, the next largest group).

The increase is possibly the result of an uptick in domestic manufacturing — an industry that has hemorrhaged millions of jobs over the last decade.

“We looked at that and one of the quality industries that reported increases in union membership between 2012 and 2013, manufacturing was definitely at the top of that list,â€ says Janelle Jones, a research associate for The Center for Economic and Policy Research, an economic policy think-tank. “So we do see, after a couple of years of decline, manufacturing having an increase in union membership. So that is a good sign.â€

However, public sector jobs — those working for state, federal or municipal governments are not faring so well with a virtually unchanged unionization rate.

“This year was the first year since I think 2008 that there were actually on net more union members in the private sector than in the public sector, 7.3 million compared to 7.2 million, and we haven’t seen that in quite a long time,â€ Jones says. “One of the other main stories is this recession has been kind to public sector workers at the state and local level, just being really, really flat and that having a huge effect on employment and particularly on unions, since those jobs tend to be more unionized than others.â€

While there has been a steady decline in black unionization between 2012 and 2013 the percentage of African Americans in unions rose about two points. According to Jones, “that could just be yearly noise but it’s something — it’s showing that [the black employment rate] is no longer being hit and, when you talk about black workers and unions that always says something about manufacturing since a lot of black unionized workers are in manufacturing.â€